Polonia Castellanos: “The Spanish government is actively involved in the persecution of Christians” 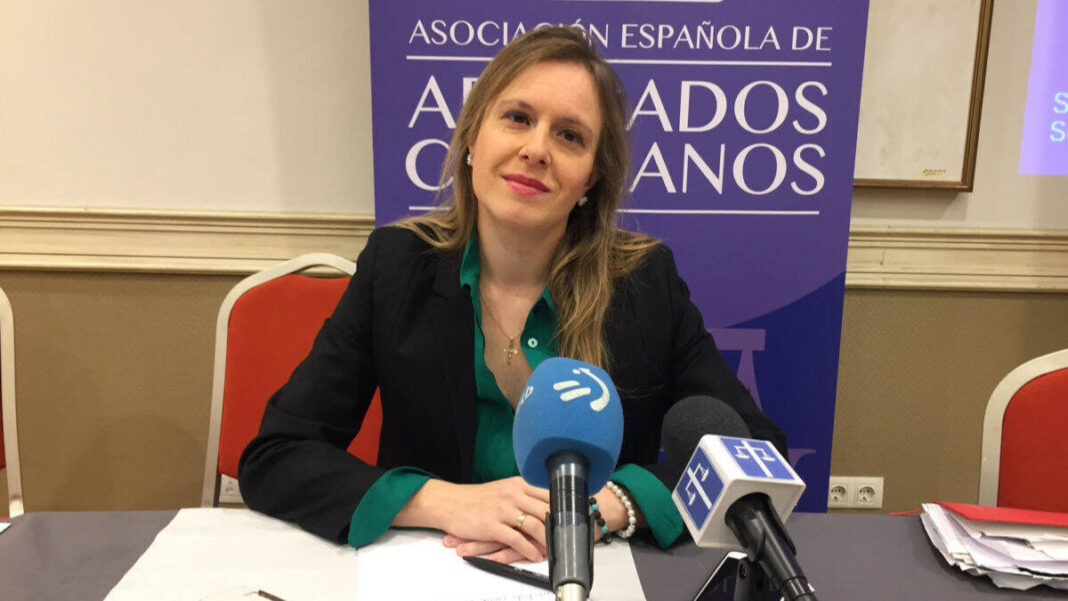 By Javier Navascués
We have once again contacted Polonia Castellanos,president of the organization “Christian Lawyers”, who informs us about the latest developments of this organization, which in recent years has courageously and effectively worked for the rights of Christians. The price for this is persecution, but they remain steadfast and convinced in their actions and do not allow themselves to be discouraged.

The work of Christian lawyers does not stop, and all the more so at a time when the persecution of Christians is increasing in Spain. Could this be due to the government’s omission, if not collaboration?

The Spanish government does not refrain from doing so, but actively cooperates in the persecution of Christians. Many people may not realize it because it is not (yet) a bloody persecution, but it is a relentless persecution that is increasing day by day, and we must stop it, or if we want to recognize it, it will already be too late.

One of the cases recently denounced is the demolition of a small hermitage in Valencia by Compromís. It also commemorated the martyrdom and beheading of a priest.

That is, a priest whose head was cut off just because he was Catholic, with whom they played football and then buried him in the crap, and now they want to erase history because the executioners want to pretend to be victims.

They also vigorously oppose the blasphemous cover of singer Zahara.

It is curious that Catholics can be attacked with impunity, while some groups are overly protected, even if their “attacks” are lies.

If this girl is a “whore” or wants to call herself that, then she should do so, but why does she have to dress like a virgin? Such gratuitous attacks are not directed at other groups….

This poor girl does not have the slightest talent and wants to become famous by attacking Christians, because it is very possible that she has no consequences to fear, that cannot be and Catholics should not tolerate this, the law is the same for everyone, and if Christians remain unprotected, the time will come, in which we have to “protect ourselves”, and that too is dangerous.

They continue to denounce the appointment of Dolores Delgado as Attorney General, which is clearly illegal because she is politically linked to the Socialist Party (PSOE).

In my opinion, Spain is losing more and more democracy, if the Attorney General is a former minister, if the government wants to take over the judiciary, then it is clear that the government is trying to monopolize all power, the executive, the legislature and the judiciary, and that is the framework for the establishment of a dictatorship.

The case of Mrs Delgado is a very serious breach of the law, and it is clear that the government can break the law without any consequences.

Why is it important to defend oneself against these shameful deeds?

If we are where we are today, it is precisely because we have remained silent, because we have allowed ourselves to be attacked, insulted, denigred and blamed for everything (there are many similarities between Nero and today’s president).

And indeed, we Christians turn the other cheek, but for me that does not mean that we are stupid and let ourselves be beaten, but our other cheek does not mean that we give up, but that we demand that they do not attack us, that they do not destroy our symbols in the style of the Taliban, … and if they do, that the law is observed, as it would be when others are insulted or attacked. We do it with the law in hand.

In many ways, prayer is fundamental. But financial aid is also needed, because we do not receive any subsidies or subsidies, so that we can be completely independent. Please also inform us of cases where you want to destroy a cross or where there are irregularities in the crime of abortion…

Any help is welcome, especially in these troubled times.

PM Orban travels to meeting of Centrist Democrat International, may be re-elected as vice-president

By: V4 Agency Hungarian Prime Minister Viktor Orban, president of the majority Hungarian ruling party, is to travel to Brussels on Thursday for a two-day...
Read more
Focus

Judit Varga: “We will say it slowly, so that Brussels understands it too: leave Poland alone”

By: UKOM On 25 and 26 October 2021, Chief of the General Staff of the Slovenian Armed Forces Major General Robert Glavaš, attended a meeting...
Read more
Culture

Picasso: Writing into Drawing opening being moved to +MSUM

By: J.S., STA An exhibition of Pablo Picasso's illustrations termed Picasso: Writing into Drawing, marking the 140th anniversary of the birth of the great artist,...
Read more

PM Orban travels to meeting of Centrist Democrat International, may be re-elected as vice-president

By: V4 Agency Hungarian Prime Minister Viktor Orban, president of the majority Hungarian ruling party, is to travel to Brussels on Thursday for a two-day...
Read more
Focus

Judit Varga: “We will say it slowly, so that Brussels understands it too: leave Poland alone”

By: UKOM On 25 and 26 October 2021, Chief of the General Staff of the Slovenian Armed Forces Major General Robert Glavaš, attended a meeting...
Read more
Slovenia