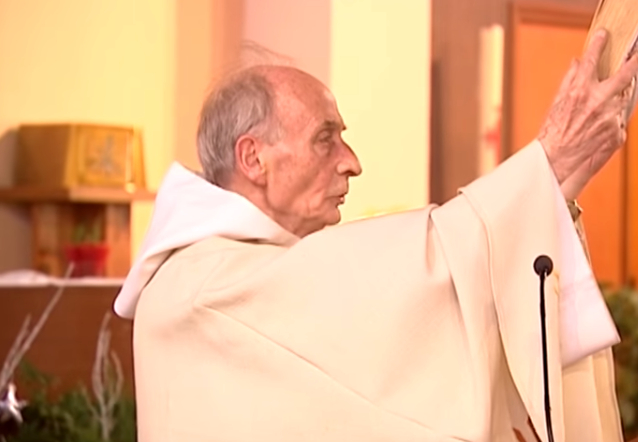 On Wednesday at around 6 p.m., the verdict was handed down in the trial of the attack in Saint-Etienne-du-Rouvray in Paris, where three men were on trial for “criminal terrorist organization”. They were accused of being involved in the assassination of Father Hamel. Seven to fourteen years in prison had been demanded against the three defendants, who were eventually sentenced to sentences of between eight and thirteen years. Is this penalty sufficient? Everyone will judge for themselves.

Whether their expressions of remorse had an influence on this verdict will probably never be known. The defendants have contacted the co-plaintiffs several times to express their regret. This is undoubtedly better than proudly admitting their involvement in the crime, but should we believe in their sincerity? It is difficult to fathom their souls, and one can understand those who see in it rather a duplicity with which they want to mitigate their punishment.

One of them said something that could be touching if it was meant honestly, but hideously cynical if it was calculated. Leaning against the railing of the box, as France Info reports, and after some hesitation, he declared: “I carry – I don’t know if I can say it – I carry my cross, I carry my grief.” There is something scandalous about this clear reference to the Catholic religion in these circumstances, when one was involved in the bestial murder of a priest because he was a priest.

When the same defendant thanks the co-plaintiffs for their hope and compassion, when he recalls the handkerchief handed to the daughter of a parishioner seriously injured by the terrorists, when he welcomes the strength of the sister of the murdered priest sitting opposite him, one wonders whether he is not instrumentalizing the charity of Christians who are always ready to forgive. When he asks the court for a “second chance”, they want to shout to him that the murderers of Father Hamel have not given him a chance.

Another defendant, who admitted to twice trying to leave for Syria, relaying Islamic State propaganda and launching pooling to fund radical Islamism, says he took the words of the co-plaintiffs’ lawyers as “educational words” and “a lesson.” He claims to have “learned a lot” during the process. We would like to be sure that he did not try to deceive his fellow human beings. Probably no one will ever know.

The Paris Special Court thus imposed sentences of 13, 10 and 8 years on the three defendants present. The fourth defendant, tried in absentia, was sentenced to life imprisonment. It is to be hoped that this lenient sentence will not be seen as an encouragement to other potential terrorists and that the guilty will not benefit from a reduction in sentence in the coming years. Their repentance, if sincere, cannot lead to salvation without the awareness that their punishment is deserved and that they have to endure it to the end.

This article was first published by BOULEVARD VOLTAIRE, our partner in EUROPEAN MEDIA COOPERATION.
Share

By UME You can hardly express your hatred of your homeland more openly than the Greens in the Bundestag and members of the government (!). In...
Read more
Focus

By Andrej Žitnik (Nova24tv) The Economist reports that Slovenia’s slide towards autocracy has stopped, and the economy is now roaring, which it attributes to the...
Read more
Share
© © Nova obzorja d.o.o., 2021
Manage Cookie Consent
We use cookies to optimize our website and our service.
Manage options Manage services Manage vendors Read more about these purposes
View preferences
{title} {title} {title}
Go to mobile version