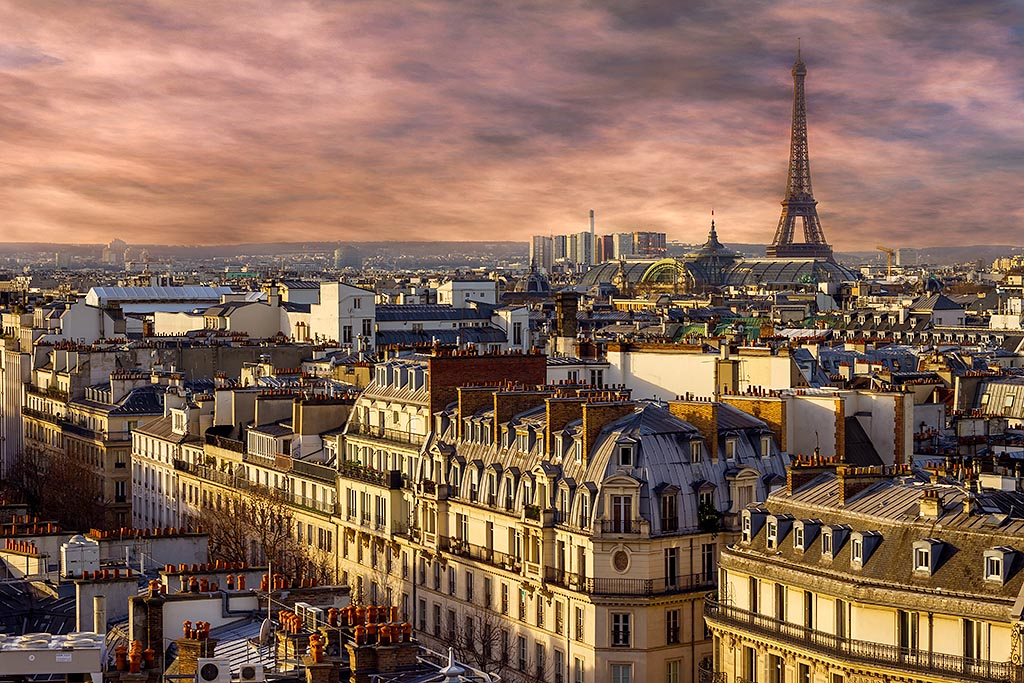 A few days after the city administration announced that it would shut down the capital for three weeks to curb the spread of the virus, it is now unwilling to impose a new curfew for the weekend. The mayor’s volte-face has triggered sharp criticism.

The steps taken by the mayor of Paris over the past few days are difficult to understand, as her recently issued new statements are in stark contrast to her former views. Barely a few days after proposing the introduction of a three-week quarantine in the capital, Anne Hidalgo signaled the retreat and is now opposed to even the idea of shutting down Paris via 2-day quarantines for the weekends.

The pandemic shows no signs of abating in France. Following the southern and northern parts of the country, the situation in Paris may also become critical as the number of coronavirus infections per 100 thousand inhabitants has risen to over 300. To keep the virus at bay, Deputy Mayor Emmanuel Gregoire told France Info at the end of last week that the city administration was planning to impose a three-week lockdown in Paris.

Now, however, the municipality of Paris appears to have done a volte-face. Not only will it not introduce the planned lockdown, but Mayor Anne Hidalgo has clearly rejected the government’s proposal to introduce weekend curfews similar to the ones in Dunkirk and Nice.

Back on Friday, Deputy Mayor Emmanuel Gregoire said the city administration was seriously mullling the introduction of tougher, new measures. The reason she proposed a three-week lockdown was to enable all types of facilities to reopen later. However, at her Monday press briefing, Anne Hidalgo clearly contradicted this. Responding to a journalist’s question, she said the capital’s leaders had never proposed the introduction of a three-week quarantine.

Instead, the mayor came up with a string of proposals, including one that would ease the burden on state hospitals by mobilising the city’s clinics in the provision of services to as many patients as possible. Another proposal Anne Hidalgo put forward concerns stepping up the vaccination campaign, at least fourfold, as immunisation is progressing at a very slow pace and unless the process is accelerated, only one quarter of the population aged over 75 will have received both doses of the vaccine by the end of March.

As to education, the mayor also offered some good advice, encouraging teachers to hold classes for students outdoors whenever possible.

In response to the strange piece of advice, Caroline Pecqueur, a member of the SNUipp-FSU teachers’ union told BFMTV that the mayor’s proposal is simply unfeasible with 650 schools and relatively few green patches in Paris.

Spokesperson for the Changer Paris (Changing Paris) group, Nelly Garnier of the Republicans Party, strongly criticised Anne Hidalgo’s U-turn of sorts, pointing out that while a few days ago the mayor advised against large outdoor gatherings, now she is encouraging people to stay in the open air. Ms Garnier recalled the problems experienced over the weekend when hundreds of people, flouting precautionary rules, gathered in larger groups in pubic parks in Paris and on the embankments of the River Seine.

Nelly Garnier said Paris residents deserve more respect, due seriousness and clear information, adding that city leaders currently appear rather inconsistent by saying one thing one day and then the exact opposite a day later.

By: Sara Kovač / Nova24tv On Saturday, this year’s March for Life took place in Ljubljana, which was organised by the Coordination of Civil Society...
Read more
Focus

Violence At The March For Life! Wild Anarcho-Leftists Started A Fight!

By: Andrej Žitnik / Nova24tv On Saturday, the March for Life was held in Ljubljana, which was organised by the Coordination of Civil Society Organisations...
Read more
Focus

Presidential Candidate Kordiš: People With A Far-Right Worldview Also Do A Worse Job In The Professional Part Of Their Calling

By: Sara Kovač / Nova24tv “I am in favour of demilitarisation. Slovenia is not under military threat and does not need an army. These resources...
Read more
Important

Putin’s agentura at the Ministry of Foreign Affairs: Slovenia is not among the supporters of Ukraine for EU membership

By: Gal Kovač / Nova24tv.si “We, the presidents of the countries of Central and Eastern Europe, who visited Kyiv during the war and saw with...
Read more

Putin’s agentura at the Ministry of Foreign Affairs: Slovenia is not among the supporters of Ukraine for EU membership

By: Gal Kovač / Nova24tv.si “We, the presidents of the countries of Central and Eastern Europe, who visited Kyiv during the war and saw with...
Read more
Focus

MEPs Tomc, Zver, And Bogovič In A Letter To The Quaestor Of The European Parliament: Political Opponents Of The Right Like To Interfere With...

Use of Slovenian is declining in Carinthia

By: P.T., STA Ever fewer people use Slovenian in Carinthia, home to the Slovenian community in Austria, a study conducted by pollster OGM for the...
Read more
Share
© © Nova obzorja d.o.o., 2021
Manage Cookie Consent
We use cookies to optimize our website and our service.
Manage options Manage services Manage vendors Read more about these purposes
View preferences
{title} {title} {title}
Go to mobile version