SDS, SMC and NSi MPs demand the convening of an emergency meeting of the internal affairs committee due to the incompatibility of the function of the President of the Court of Audit Tomaž Vesel with his audit activity at FIFA!

Employees, and especially officials of the Court, are obliged to respect the provisions of the Integrity and Prevention of Corruption Act, in the part relating to professional officials, and the constitutional principle of legality that its officials must act legally, in accordance with the Constitution, laws and regulations regulations. The Court of Audit is autonomous in its decision-making, but in the opinion of SDS, SMC and NSi deputies from the Committee on Internal Affairs, »it is not autonomous in respecting the principle of legality, which binds all employees and officials in the public sector«.

Article 16, paragraph 1 of the Court of Audit Act stipulates that the function of a member of the Court of Audit is incompatible with the performance of any gainful activity which, according to the law, is incompatible with the performance of a public function. The incompatibility of the activity for obtaining material gain with the function of a professional official is determined in the ZIntPK. Exceptions to incompatibility are listed in paragraph 2 of Article 26 of the ZIntPK, namely that a professional official may perform pedagogical, scientific, research, artistic, cultural, sports and journalistic activities, run a farm and manage his own property, unless otherwise provided by law. 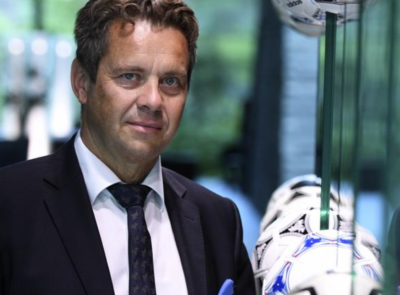 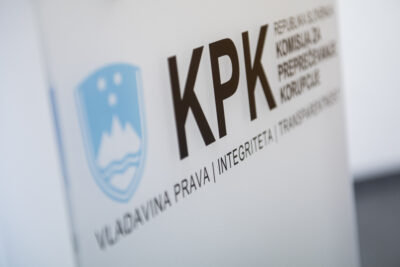 In the case of Vesel, the CCP should have given its consent

MEPs also emphasize that the Commission for the Prevention of Corruption (CCP) should issue a permit, which would set the conditions and restrictions and which would allow Vesel’s additional activity to be carried out, as well as make it public. In a special press release on 30 December 2020, the CCP denied that any official communication with the CCP or such a document existed: »The Commission did not find this opinion in its documentary, so it cannot comment on the content. According to the available information, an opinion was given on the performance of additional activities at the International Football Association for direct communication between the heads of the two bodies, which can be confirmed by the former president of the CCP Boris Štefanec.« There was therefore only communication between Vesel and Štefanec. 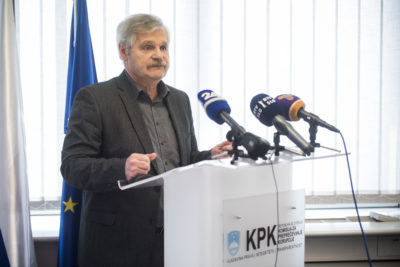 All indications are that Vesel subsequently referred to the pursuit of a sporting activity simply because he knew that he was not required to inform the CCP in the exercise of a sporting activity and thus did not need to prove the CCP’s notification. »His claim about some correspondence with Mr. Štefanec only serves to shift responsibility, and that he believed in good faith that it was about sports activity, although it is clear to everyone that control and audit are not recognized sports,« they added.

Controversial replacement of the first deputy before the publication of the report
On 22 December 2020, Jorg Kristjan Petrovič, First Deputy President of the Court of Audit, informed the public that the Report of the Court of Audit on the purchase of protective equipment has was in the making from May to December 2020, with the participation of seven auditors and the Supreme State Auditor. As the competent Deputy President of the Court of Auditors, he received the 262-page draft report on Thursday evening, 17 December 2020. He announced that he would comment on the content of the report within a reasonable time, as always in his 16-year career, and that these were not political, but demanding professional decisions. In his opinion, media impatience is unacceptable pressure, and a possible change of the competent deputy at this stage would be a precedent. He called for the profession to be given time to do its job. 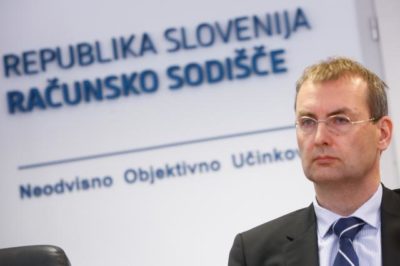 The next day, Vesel revoked Petrovič’s authorizations to sign the draft audit report and transferred them to Deputy Mojca Planinšek, which is the first case in the history of the Court of Audit to transfer authorizations to the second deputy president just before signing the draft report. »Such a revocation of powers means an interference in the autonomous and professional decision of a member of the Court of Audit, which the Deputy President is,« critically say the initiators of the convening of the session. If the authorized deputy and the Supreme Auditor do not agree on the content of the report, the Rules of Procedure provide for the only safeguard, namely that the President of the Court of Audit decides on disputed matters.

By: Blagovest.si On Thursday, January 20th, 2022, 70 years have passed since the burning of the then Bishop of Ljubljana, Msgr. Anton Vovk in Novo...
Read more
Columnists

By: Franci Kindlhofer In 1939, Stalin and Hitler concluded the Non-Aggression Pact, of which the secret additional protocol was the spark that ignited war throughout...
Read more

By: Blagovest.si On Thursday, January 20th, 2022, 70 years have passed since the burning of the then Bishop of Ljubljana, Msgr. Anton Vovk in Novo...
Read more
Slovenia

By: P.T., STA New quarantine rules kicked in for schools and staff at health care and social care institutions, who are now exempt from quarantine...
Read more
Slovenia

By: J.S., STA The EU integration of Western Balkan countries is important for the bloc's strategic position in the world. It is also an opportunity for...
Read more
Share
© © Nova obzorja d.o.o., 2021
Go to mobile version