Because it rejects the modern gender theories and feminism, while advocating for a more traditional gender roles, the right is constantly accused of being sexist and prejudiced towards women.

The best proof that such accusations are unfounded is the fact that there are many women active in the patriotic, conservative and right wing parties. We present you with the ten patriotic, anti-feminist and proud female politicians, who are crushing those stereotypes about the right wing.

Marion is a member of the National Front, renamed as National Assembly in 2018. She is the granddaughter of the party’s founder Jean-Marie Le Pen and a niece of its current leader Marie Le Pen. Aged 22 years at the time of her election, she became France’s youngest parliamentarian in modern political history.

Sylwia is a member of the current ruling conservative party in Poland, Law and Justice. She is a patriot and an opponent of feminism and mass migrations. In the Polish media she is also known as Polish Angelina Jolie. 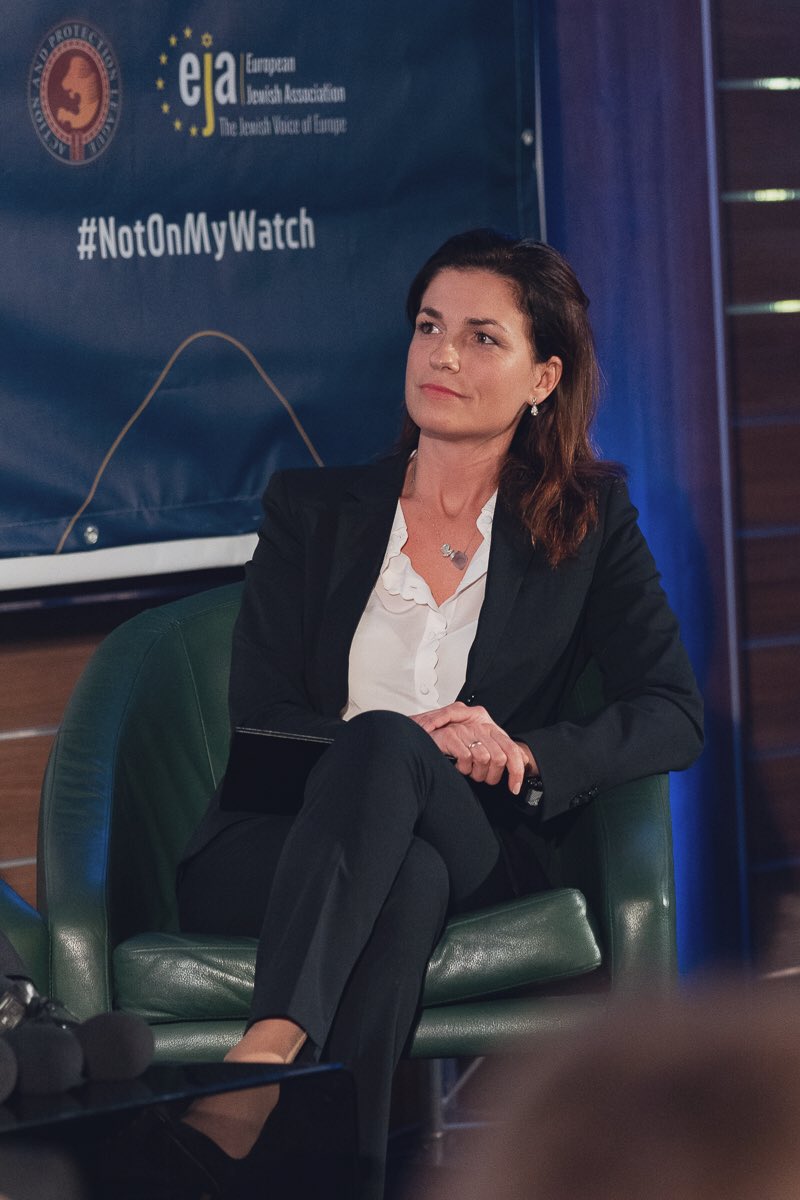 Judit is a Hungarian Minister of Justice in the current government of Viktor Orban, and is also a member of his party Fidesz. She graduated in law in 2004, and worked as a lawyer, before she became active in politics. Besides her native Hungarian, she is also fluent in English, French, German and Spanish.

Lauren is a Republican candidate for U.S. Senate. She stands firmly for “America First” and opposes globalism and open borders policies. She is also a proponent of family values and is active in a fight against drugs.

Laura is a member of a patriotic Finns Party. She was elected in European Parliament in 2019. She advocates for Finland to leave EU and opposes the islamization of her country.

Anke is a member of the Flemish rightist party Vlaams Belang in Belgium. She is a member of the Belgian parliament since 2003 and is a fiercy opponent of the islamization of Europe. Before she became a politician she worked as a model, and was crowned miss Belgium in 1991. She also represented Belgium in Miss Universe contest a year later.

Hanna was a member of the Swedish Democrats until 2017, and was later active as an independent politician. She is an opponent of feminism and the islamization of Sweden.

Pernilla is a Danish architect and politician. She is one of the founders and a leader of Danish national conservative party New Right. She is also a member of the Danish parliament since 2019. Her party wants to end the receiving of asylum seekers and to deport all criminal migrants.

Maria is a lawyer who served as a Minister for Equal Opportunity between from 2008 to 2011, in Berlusconi´s government.  She’s a spokeswoman of the parliamentary group of Forza Italia at Chamber of Deputies. In the past she worked as a model, and in various television shows. She is an opponent of feminism and same-sex marriages.

Macarena is a member of the Spanish Congress of Deputies for the right-conservative party Vox. Between 2013 and 2018 she was chief lawyer of the State of the Basque Country. In the parliament she represents the Province of Granada.

By: Sara Kovač / Nova24tv On Tuesday, the largest rally for the protection of children and families in the history of our country took place...
Read more
Focus

The Government Of Robert Golob Is Continuing Its Attack On Sole Traders; The National Assembly Is The Only Thing That Can Save Us From...

By: Sara Kovač / Nova24tv On Monday, in a correspondence session, the government approved a legislative package of tax changes that largely reverses the tax...
Read more
Focus

Just Like The Year 1945: Golob Has Announced The Nationalisation Of The Private Economy

By: Andrej Žitnik / Nova24tv In case you needed any more proof that the current government is being led by the Left party (Levica) and...
Read more
Important

The SDS parliamentary group demands the convening of an extraordinary session of the National Assembly: For the fair conduct of elections and referendums!

By: C. R., SDS The SDS parliamentary group requested the convening of an extraordinary session of the National Assembly with consideration of a proposal for...
Read more

By: P.T., STA The need to put the tourism industry on a completely new footing post-Covid rather than return to business-as-usual amidst pre-pandemic visitor numbers...
Read more
Culture

By: P.T., STA A pop-rock musical will be staged at the Križanke open-air theatre tonight as a highlight of the Ljubljana Festival. Water Man, inspired by...
Read more
Entertainment

By: P.T., STA The Grand Prix of the 8th annual Short Film Festival (FeKK) that closed at the weekend went to the Greek film Mikrovioma...
Read more
Culture