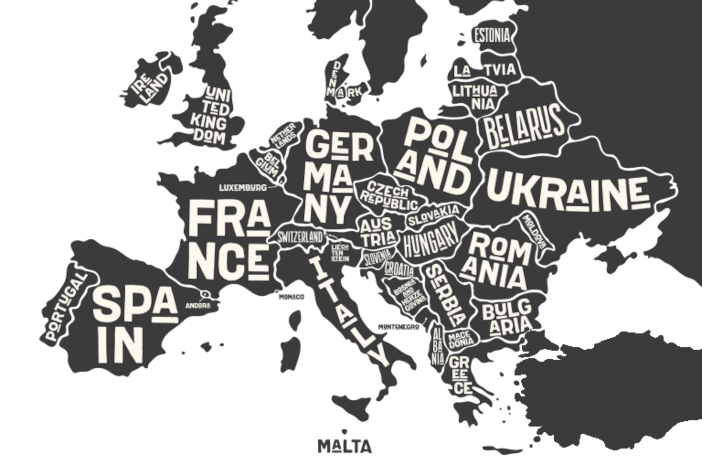 In June 2021, the portal Vokativ.hr joined the European Media Cooperation, a network of media from all over Europe that represent patriotic values and participate in the mutual exchange of media content. The network includes Internet portals such as the German-language portal Unser Mitteleuropa, Spain’s El Correo de España and France’s Boulevard Voltaire, but also print media such as the Slovenian Demokracija and the Hungarian Magyar Nemzet.
As part of this cooperation, several texts published on Vokativ.hr in June and July were translated and published in foreign languages, making them internationally effective. Marko Raič’s conversation with Tomislav Sunić was published in German, Spanish and Slovenian. The German-language portal Our Central Europe also published a conversation between Krešimir Džoić and Jura Vujić, an essay by Leo Marić on archaeofuturism by Guillaume Faye and an interview with Álvaro Peñas , the latter also in Spanish.

By participating in European media cooperation, the Cultural Centre “Vokativ” will work to increase the visibility of Croatian authors and cultural heritage at The European level, but also to present new European cultural and political practices to Croatian readers.

This article first appeared on VOKATIV.HR, our partner in the EUROPEAN MEDIA COOPERATION.

By: Zala Tomašič, Master of International Relations It has been two years since my last column, and this time I am finding it harder to...
Read more
Important

SDS: “Before the referendums, there was a lot of media manipulation and deception and false claims about what people were really deciding on”

By: Dr Andreja Valič Zver With the announced politically directed “merger” of two museum institutions, it is difficult to remain silent. Not only that, as...
Read more

Lots Of Slovenian Environmentalists Oppose Golob’s Subjugation Of The Energy Sector – That Is Why They Are Calling On Everyone To Vote Against The...

By: Spletni časopis “The new government, headed by Golob and the Freedom Movement (Gibanje Svoboda) is, in many respects, far worse than the previous, Janša...
Read more
Focus

In Brussels, She Expressed Concerns About Slovenia Becoming A “Migration Pocket,” While At Home She Mocks Those Who Warn About It

Two Former Ministers Of The Interior Warn: The Closing Of Certain Migrant Routes Means That Slovenia Could Become A “Migrant Pocket”

By: Sara Bertoncelj / Nova24tv “We stop being hostage to these foreign and private non-governmental organisations that organise the routes, the traffic, the transport and...
Read more
Editors picks

Jože Biščak and Vinko Vasle to Commissioner Věra Jourová: Suddenly you are no longer concerned about media freedom in Slovenia, but you should be,...

Author: Peter Truden “It is, however, worrying that AKOS, as a state body that is part of the executive branch of government, has taken on...
Read more
Share
© © Nova obzorja d.o.o., 2021
Manage Cookie Consent
We use cookies to optimize our website and our service.
Manage options Manage services Manage vendors Read more about these purposes
View preferences
{title} {title} {title}
Go to mobile version