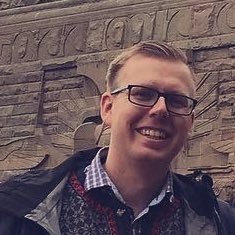 A horrendous attack happened in March in the German city Elienburg on the regional president of the youth wing of the German right-wing party NPD, The Young Nationalists (Junge Nationalisten), Paul Rzehaczek. He was attacked in his home by Antifa who posed as police officers. This incident was not reported on in the mainstream media.

According to the German conservative media Junge Freiheit, the attackers rang the bell of Rzehaczek early in the morning, while shouting “Open the door, this is the police!” When he answered the door several masked individuals entered with the “police” signs on their clothes. They immediately ordered him to lay on the floor, and when he did, convinced that the real police officers are in his home, they viciously attacked him. First, they hit his ankles with a hammer, and then he received punches in the head, while one of the left-wingers sprayed him in the face with tear gas, before the perpetrators escaped.

The local police confirmed that the attack happened to the above-mentioned media, and since the attack was politically motivated, the task force for leftist extremism took over the case.

Paul Rzehaczek had severe injuries on his legs and on his head and was taken to the hospital.

By: P.T., STA The government decided to extend the administered pricing of heating oil through the regulation on the pricing of petroleum products that was...
Read more

By: J.S., STA The EU integration of Western Balkan countries is important for the bloc's strategic position in the world. It is also an opportunity for...
Read more
Must read

By: V4 Agency Leaders of the European Union are increasingly applying double standards, which is being felt by the member states' citizens, according to an...
Read more
World

By UME With the abolition of §219a StBG, the SPD and its traffic light coalition legalize the advertising for industrial child murder and all left-wing politicians...
Read more
Share
© © Nova obzorja d.o.o., 2021
Go to mobile version