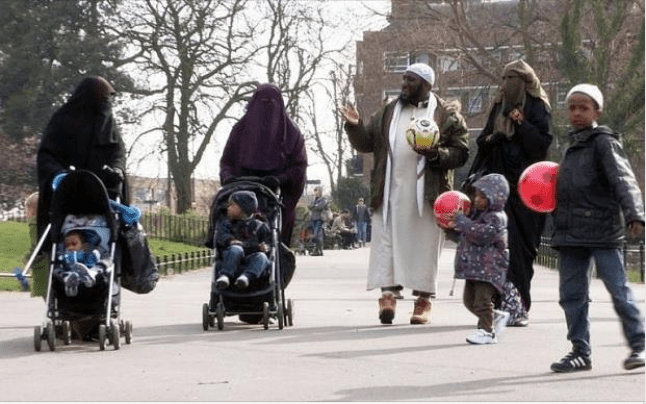 It is well known that it is not necessarily necessary to present valid documents when entering Germany. Instead of a passport or valid papers, it is only enough to pronounce the magic word “asylum”, then you are, in no time, a “refugee” with the right to an all-inclusive service feel-good package in the land of racists, infidels and pig eaters.

But what if the “person seeking protection” cannot do the arduous escape and wants to be flown directly to the desired destination Germoney? This can then have a catch: e.B. in Afghanistan when leaving the country. Because you need a passport before entering the plane, as usual. And if you don’t have it? Then you just buy one. And if you don’t have the money to do so? No problem, then the German “aid organization Mission Lifeline” is happy to help.

“‘You want to save people?’ asks the aid organization Mission Lifeline. It collects money to provide families in Afghanistan with the documents they need to leave the country. What sounds dubious shows the dilemma of the sluggish German evacuation mission,” writes Die Welt. And there is also the appeal of Axel Steier from the “Mission Lifeline”, who addressed the public on Monday, to read:

“Passports are needed for every rescue. You can now buy passes for these families. The cost is 610€/pass.”

The association, based in Dresden, has gained notoriety above all through “sea rescue operations” in the Mediterranean. These people are obviously particularly concerned about the Islamization of Germany. Now they are also organizing the evacuation of former local forces of the Bundeswehr and civilian organizations and their families from Afghanistan. And they seem to be becoming more and more. There are also one or two terror suspects or gold pieces that have already been deported from Germany and are now suddenly “just back”. To be fed through again.

Afghanistan and neighbouring countries require passports for exit or entry

A spokesman for the Federal Foreign Office said at the federal press conference on Monday that both the Taliban and neighboring countries would require valid passports from the local forces. Well, something like that? Can they not make Germany or the EU a role model? Why passports, which are so easily lost?
Many Afghans lack such a document. Steier summed up the “paradoxical situation” on Twitter: “It is a disaster that you need passports from the Taliban to flee from the Taliban.” Very paradoxical, isn’t it? Even more paradoxical is that a people of 40 million people and a well-equipped army with 300,000 soldiers surrendered to 70,000 Taliban fighters.
IMAGE

His advertisement on Twitter seems dubious, die Welt continues, because buying passports; that sounds like an illegal business. But the action, Steier asserts to WELT,is about official documents. The costs would not only be incurred for the passport issue at the authority in Kabul. Mission Lifeline must also pay for a “passport and visa agency” on site, which stands up for the affected local forces at the authority, explains Steier.
Nice guys the people from the “passport and visa agency”, they even stand for the “local staff”! And all this around the begging of a few hundred euros – if you don’t want to help with a donation, you really have to be a horrible person.