“European terrorism is linked to migration” 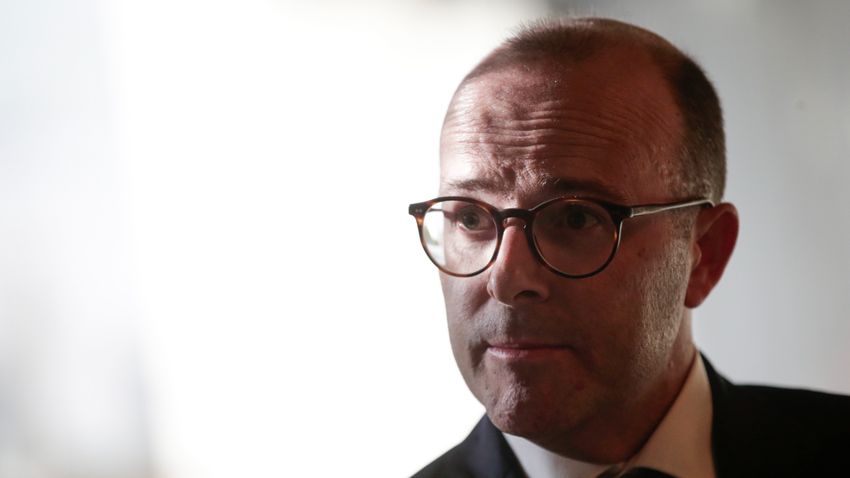 There is no doubt that there are terrorists who have entered Europe via illegal migration routes, and that among them there are some who have been hidden by Muslim communities. But it’s not so much about the number of immigrants, but about how immigration works, how integrated Muslims feel. This, of course, is their responsibility, not just that of the host country,” said Diego Muro, a terrorism researcher at the University of St. Andrews in Scotland, who is in Budapest as a guest of the Mathias Corvinus College.

– Recently, on the 20th anniversary of the September 11 attacks, the world remembered the terrorist attacks. But since 2001, the way global terrorism works has changed. How do you see that?
– Historically, terrorism has always occurred in waves, from the old anarchists to the violence in decolonization to left-wing terrorism, such as the activities of the German Red Army Faction. Since the 1970s and 1980s, it has become increasingly clear that there is a religious motive behind terror and a connection to Islam and Sunni extremism in particular. The two leading “brands” of Islamist terrorism, al-Qaeda and the Islamic State (ISIS), are linked to small autonomous groups fighting at the local level by standing up to them. So there is a simultaneous presence of center and decentralization and a tension between the two. But we tend to overestimate the role of the center. There is now a lot of research into al-Qaeda, and we now know that not everything was invented in Pakistan as we used to believe. Today, al-Qaeda is once again a much greater threat to the world than ISIS, whose ideology lives on, but whose organization has faded, been defeated, and no longer poses a threat to the territorial integrity of Syria and Iraq.

– In Europe, the perpetrators of Islamist terrorist attacks are usually immigrants with a migrant background. This also applies to the currently largest terrorist attack in Paris, in which the Brussels-born Moroccan-French citizen Salah Abdeslam sits in the dock. However, some deny the link between immigration and terrorism.

– You surely know that correlation in statistics is not synonymous with causality. But there is definitely a correlation between the two. In Europe, most terrorist attacks are carried out where there are populous Muslim communities, such as .B France, the United Kingdom or Germany. And where they are not as numerous as in the area we are talking about here, there are very few such incidents. There is no doubt that there are terrorists who have come to Europe via illegal migration routes, and that some of them have been hidden by Muslim communities. However, there is no causal relationship in the sense that the number of Muslims allows conclusions to be drawn about terrorist acts. It’s not so much about immigration itself, but about how it works, how Muslims feel part of the local community, whether they are integrated, treated equally, and have the opportunity to move forward in society. This, of course, is their responsibility, not just that of the host country. And it’s a challenge everywhere, there’s no magic formula. There are also many Muslims living in the United States, but there are no incidents of internal terrorism.

Anna Lindh, the foreign minister of Sweden, one of the most advanced countries in the world, was stabbed to death in a supermarket by a second-generation immigrant. But what conditions should Europe create to prevent some immigrants from expressing their frustration in attacks?

– Complaints are not necessarily understood in the light of objective circumstances. Of course, it can be argued that migrants in Sweden enjoy a high standard of living and are much better off than if they had stayed at home. What we call relative deprivation in the literature illustrates the difference between what you think you are entitled to and what you actually have. So it’s a perceived disadvantage. Suppose you have an income of twenty thousand euros a year. But you think you are entitled to 30,000. This feeling of deficiency is an insult. In the case of Muslims, it must also be borne in mind that the fate of their fellow believers in the most remote corners of the world is also a cause for concern.

– Coming back to the Abdeslam process, what do you think it means?

– I am sure that it will have a cathartic effect on the whole of French society, just as the 9/11 Commission had such an effect in the United States. The way witnesses and survivors remember the events of the terrorist attacks in Paris in 2015 touches me. I think the process will heal a lot of wounds and make the French think about their own values and how little they can do as a society.

– Will it also have an impact on the French presidential election campaign, in which immigration will be an important issue?

– This will certainly provide ammunition for politicians who want to get a grip on their opponents. This is quite natural. But I don’t think it will have a significant impact on Emmanuel Macron’s re-election chances. Rather, the long-term impact of the process on France is significant.

By: Domen Mezeg / Nova24tv.si “They came today and will stay until Friday. Of course, this is about LIBE, the European Parliament Committee on Civil...
Read more
Migration

The Afghans hid among the cargo

By: C.R. The driver of a truck with Slovenian registration plates drove to the Obrežje border crossing to enter Slovenia. Police officers carried out a...
Read more
Columnists

From Stevanović to Prodanović

By: Mojca Škrinjar The predicted Indian summer betrayed the weathermen, and autumn reminded us unusually early with wind, low temperatures, and unusual downpours. I will...
Read more

By: Domen Mezeg / Nova24tv.si “They came today and will stay until Friday. Of course, this is about LIBE, the European Parliament Committee on Civil...
Read more
Focus

[Video] Watch the Video on the State of the Media in Slovenia, Which Sophie in ‘t Veld Censored!

Journalist Možina Told Sophie in ‘t Veld’s Delegation the Truth: The Media Is Being Brutally Exploited by the Transitional Left for Its Political Fight!

By: Sara kovač / Nova24tv “Currently trying to clarify the media ‘dictatorship’ for the EU Parliament’s mission. I told them loud and clear what is...
Read more
Share
© © Nova obzorja d.o.o., 2021