The green-left Federal Foreign Minister Annalena Baerbock felt this in an unusual way at an election campaign event in Wuppertal… Baerbock was thrown at with an egg. A bodyguard then had to use his own body and a protective shield to protect the vulnerable post-feminist from further egg projectiles. Apparently, the usual left-wing clichés (“that it is not always the loudest who prevail in a society, but those who need support in society”) can no longer be conveyed.

“The Bodyguard: I will love you forever” (Whitney Houston)

Grotesque then also Baerbock’s panicked wince as a self-portrayed strong woman on the one hand and her search for protection behind a police protective shield and the strong stature of a male bodyguard “gorilla”: “You can throw as many eggs as you want. If you think we’re afraid of that…”

At least Baerbock seems to have learned one thing: “Back to the roots of evolution”. 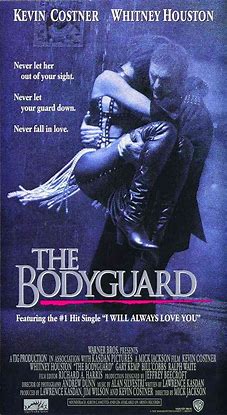 The ex-pacifist Baerbock would only have to acknowledge the new reality: that you are only taken seriously when you arm yourself and the opponent attacks violently. This is also underscored by the fact that the police have started investigations into attempted serious bodily harm… – but all of this is probably also a direct result of the feminization of politics. Baerbock should probably deal a little more with old German proverbs: “shoot sparrows with cannons”.

By: P.T., STA President Borut Pahor said digitalisation should be based on human rights, the rule of law and democratic society as he addressed a...
Read more
Focus

By: UKOM Prime Minister Janez Janša took part at a working meeting via videoconference before the forthcoming extraordinary session of the European Council. Other participants at...
Read more
Focus

By: UKOM Minister Jože Podgoršek attended the Agriculture and Fisheries Council. The European Commission reported on the market situation for agri-food products in the wake...
Read more
Slovenia