“Anti-Muslim racism”: Council of Europe proposes to teach the history of “Islam in Europe”… 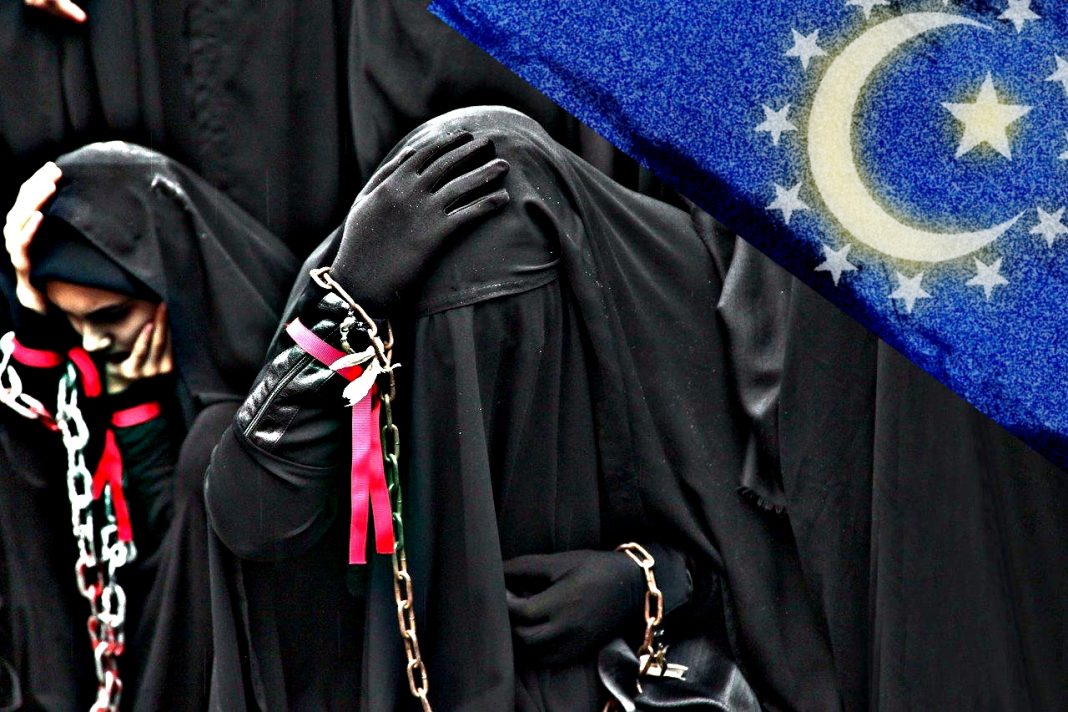 …to strengthen the political participation of Muslim communities and to meet their religious demands.

It is a “nugget” that the website Fdesouche has unveiled and that once again shows the whole abyss that separates the Brussels technocrats from the European population.

Below we can recall the actions of the European institutions on all the issues related to “inclusion” and the promotion of everything that is not European on our territory.

What is the Council of Europe?

The Council of Europe is the most important human rights organisation on the continent. It is made up of 47 Member States, including all members of the European Union. All member states of the Council of Europe have signed the European Convention on Human Rights, a treaty for the protection of human rights, democracy and the rule of law. The European Court of Human Rights monitors the implementation of the Convention in the member states.

Its headquarters are in Strasbourg in the Palais de l’Europe. It is not directly linked to the European Union and should not be confused with its institutions […].

ECRI General Policy Recommendation No. 5 (revised) on preventing and combating racism and discrimination against Muslims – Adopted on 8 December 2021, with publication date 1 March 2022

[…] Recalling that Judaism, Christianity and Islam have influenced each other and European civilization over centuries, and in this context recalling the positive contribution that Islam has made to the development of European societies of which it is an integral part; […].

Recalling the need for Member States to promote the integration of new members of their societies within the framework of a two-way process and to ensure the inclusion of their diverse and long-established populations in order to help prevent racist, discriminatory or xenophobic reactions in certain parts of society in response to the prevent the climate created by the fight against terrorism or religious extremism, or while addressing the challenges of growing migration; […].

Noting with great concern the general increase in gender assaults to which Muslim women are subjected, especially when they publicly demonstrate their faith; […].

Observing that the Internet is increasingly being used to spread hatred and prejudice against Muslims, and that social networks have not acted effectively to prevent this dangerous abuse of their platforms;

Underlining that the diversity of confessions is a strength within a pluralistic society and that the principle of multi-religious and intercultural society goes hand in hand with the desire of religions to coexist within the societies of which they are part; […].

[…] 2. European societies are made up of a rich cultural fabric based on various ethnic, religious, historical and philosophical elements, and Muslims are an integral part of these societies in which they have been respected and contributed for centuries. Nevertheless, since 2000, there has been an urgent need to conceptualize the new challenges in preventing and combating racism and discrimination against Muslims. This need has intensified after the terrorist attacks by Al-Qaeda on September 11, 2001, the recent surge in the influx of migrants, including Muslim migrants, into Europe, and the rise of xenophobic and ultra-nationalist populist parties and movements. […]

3. The history of Muslims and Islam in Europe is part of the history of Europe; it is as complex as it is long. Islam, Judaism and Christianity have the same roots and are carriers of common values. These links can be found in the history of the member states of the Council of Europe themselves. In some countries, contacts with Muslims and Islam go back centuries. In others, it’s a relatively new experience. Muslim communities are a minority in many Member States, but the majority in others. Nevertheless, Islam and Muslim communities are a part of European history. […]

29. National governments have subjected Muslim civil society actors to restrictions, including forced closures, despite laws protecting freedom of association. As already mentioned in the context of suspicious communities, these measures are sometimes not supported by credible evidence. The closure – or the threat of closure – can unduly restrict the freedom of association of Muslim communities and their capacity for citizen participation. […]

[…] 7. Ensure that all equality measures, including measures to combat racism and discrimination against Muslims, take into account intersectionality ;

8. To raise public awareness of the need to pay attention to and address all structural forms of discrimination against Muslims and their communities, in particular in the areas of education, employment, housing, access to goods and services, access to public places and freedom of movement; […].
B. Prevention

[…] 15. Monitor public policies to develop activities that promote inclusive and comprehensive representations of Muslims in society, and encourage policymakers to ensure equality, enhance diversity, support positive interactions and active citizenship, and participate in the development of their policies; […].

21. Ensure that people of Muslim faith can exercise their right to freedom of religion in a non-discriminatory manner, inter alia, by ensuring that the authorities, in their current practice, provide that the religious requirements of that group are adequately met in order to protect them, where appropriate, from indirect discrimination.;

22. Pay particular attention to the situation of Muslim women who may suffer from intersectional discrimination on the basis of their sex, religion and national or ethnic origin and take specific and effective measures to ensure their inclusion; […].

25. to check whether the rules regulated or adopted by law enforcement authorities have a detrimental effect on Muslims […].

26. Establish rules for internet companies, including social networks […], to establish effective systems for detecting and removing online hate speech against Muslims, […] and work with social networks to develop initiatives, especially in the field of education, that could help spread balanced stories about Muslims and Islam on social networking platforms;

27. To ensure, at local, regional and national level, the training of law enforcement officers, prosecutors, judges and other judicial actors in the fight against and prevention of anti-Muslim racism, including the recognition and registration of anti-Muslim hate crimes, in a form recognised as good practice by European and other international organisations;

28. Promote the teaching of the diversity of Muslim lifestyles and history, as well as the positive contribution of Muslim individuals, communities and culture to European societies, and to include a balanced and objective presentation of the history of Islam in Europe in curricula, textbooks and digital tools , ensuring that there is no distorted interpretation of religious and cultural histories and no perceptions of hostility towards certain religious, ethnic and cultural groups; […].

32. Ensure that measures to raise awareness of racism and discrimination against Muslims in all relevant subjects are implemented in an age-appropriate manner for pupils and students in formal and informal education, including adult and teacher education; […].

34. to promote the debate among media professionals on their role in preventing and combating racism and discrimination against Muslims and their particular responsibility in this context with regard to the image they convey of Islam and Muslim communities, as well as their duty to report in a manner on all global events, including all forms of terrorism; which does not stir up anti-Muslim prejudices and stereotypes and, more generally, provides insight into the rich diversity of the lives of Muslims, and muslim women in particular;

35. To support the activities of non-governmental organisations that play an important role in combating racism and discrimination against Muslims and promote the appreciation of diversity and to create an open and democratic space in which these organisations can address the various aspects of racism and discrimination against Muslims with the relevant state bodies, regional and local authorities and others. private actors; […].

38. To do what is necessary to strengthen the political participation of Muslim communities, in particular at regional and local level, but also at national and European level; […].
C. Protection

[…] 42. Remove discriminatory legal or administrative obstacles to the construction of places of worship adapted to Islamic practices and funeral rites

43. Ensure that Muslim religious dress does not serve as a pretext for unjustified differences in treatment, in particular with regard to Muslim women, by striking the right balance between individual freedom to express a religion and belief and the legitimate public interest necessary in a democratic society, as set out in Article 9(2) of the European Convention on Human Rights manufactures; […].
D. Law Enforcement / Enforcement of Laws

[…] 50. Ensure that legislation provides that racist motivation, including anti-Muslim motivation, constitutes an aggravating circumstance for all acts punishable under criminal law; […].

This article was first published by BREIZH-INFO, our partner in EUROPEAN MEDIA COOPERATION.
Share