Tamara Griesser Pečar: “The nation was not a special value for the communists, they were primarily about taking power” 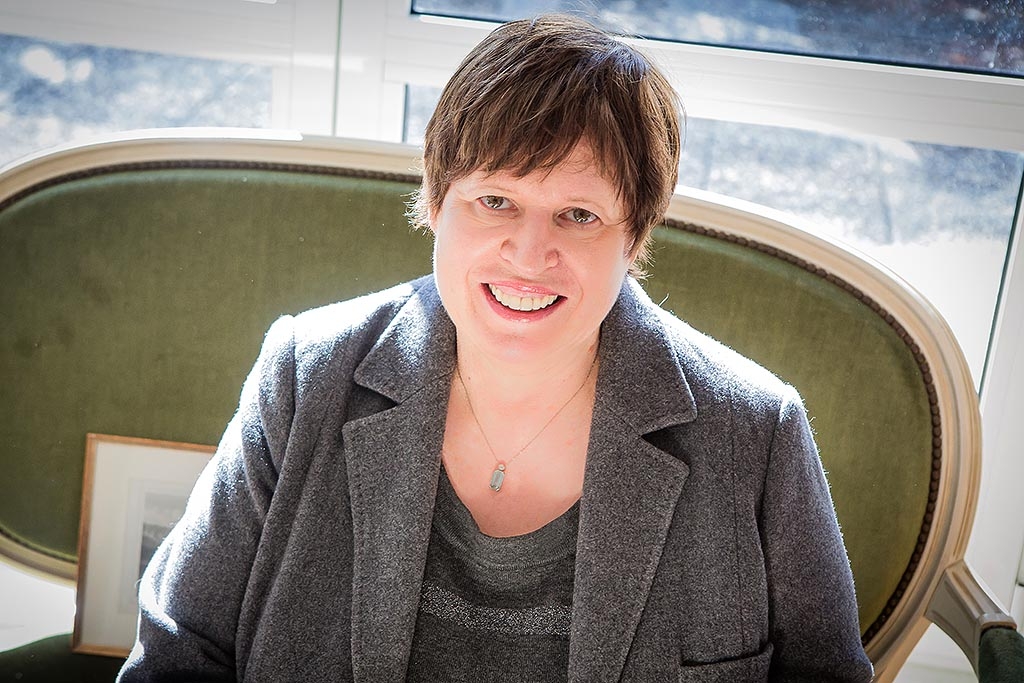 Political myths about the collaboration of all opponents of communism, who served post-war communist policies to consolidate power, are present in Slovenia’s recent history. Part of politics and historiography continues to cultivate these myths. Behind us is the so-called Day of Uprising, which was celebrated before independence as the establishment of the Liberation Front (OF). Both are political myths that do not correspond to historical truth.

“The White Guard ‘must’ be because we need it. If it is not created by the clergy, we will have to organise it ourselves.”

There was no OF at the time, there was the Anti-Imperialist Front (PIF), which was directed against Western powers and “domestic gentlemen,” not against the occupier. The uprising was by no means organised at that time, because for the Communists, who were the driving force behind the PIF and OF, the attack on the Soviet Union on June 22nd, 1941 was more important than the attack on their own country on April 6th, 1941. Even today, some – ZZB, certain historians and others – defend the barely modified interpretation of historiography dictated by the Communist Party. On the one hand, they glorify the national liberation struggle led by the Party, and on the other hand, they throw almost everyone who worked outside the OF and partisan units into the basket of collaboration, regardless of whether they cooperated with the occupier or not.

All anti-communists were later allegedly destroyed or compromised (by alleged collaboration). It was already determined in advance that they would fight against any group that would prepare for resistance against the occupier in parallel with them. This is also clearly confirmed by Angela Vode in her memoirs. She states how Aleš Bebler, a lawyer and KPS representative at the inaugural meeting of the Anti-Imperialist Front (PIF), explained the position of the Communists: “The White Guard ‘must’ be because we need it. If it is not created by the clergy, we will have to organise it ourselves” (Angela Vode, Hidden Memory, p. 31).

Political myths, about the collaboration of all the opponents of communism, who were cultivated among the communist rulers even after they came to power because they needed an undeniable enemy to save their own honour.

Recently, new political myths have emerged, namely that there was first collaboration and only then occupation. With this, some want to tarnish the pre-war Catholic camp, and especially of course Anton Korošec, who died on December 14th, 1940, just before the start of the Second World War in Slovenia. The Germans apparently judged him differently than some historians. As an illustration look at what the head of the German occupation civil administration in Lower Styria, Dr Siegried Uiberreither, on April 19th, 1941, told the Bishop of Maribor, Dr Ivan Jožef Tomažič, who advocated for priests imprisoned by the occupier:

“Your priests did not practice pastoral care, but politics: they are known as inciting priests under the leadership of the main instigator, Dr Korošec.”

As early as October 1940, at a conference of the Communist Party of Yugoslavia in Zagreb, Edvard Kardelj announced that “the Communists will go into armed resistance against the occupier only if they have the opportunity for revolution and in the interest of the Soviet Union” (Fifth KPJ National Conference, Sources for the history of SKJ, Belgrade 1980, p. 204).

From the very beginning, it was clear that the Yugoslav communists’ pursuit of exclusive power was more important than any struggle against the occupier.

By: P.T., STA One of the two persons being treated in hospital for severe injuries sustained in last week's explosion at chemical company Melamin has...
Read more
Focus

By: P.T., STA A round-table discussion on self-sufficiency has heard that the war in Ukraine has affected Slovenia's food self-sufficiency. The war has led to a...
Read more
Slovenia

Intereuropa increases net profit by 12% to EUR 1.3m in Q1

By: P.T., STA The logistics group Intereuropa generated EUR 47.1 million in sales revenue in the first quarter of the year, which is 19% more...
Read more
Share
© © Nova obzorja d.o.o., 2021
Go to mobile version