How Slavoj Žižek is convincing the world that he dressed the emperor, but Nina Krajnik showed that the emperor is (still) naked 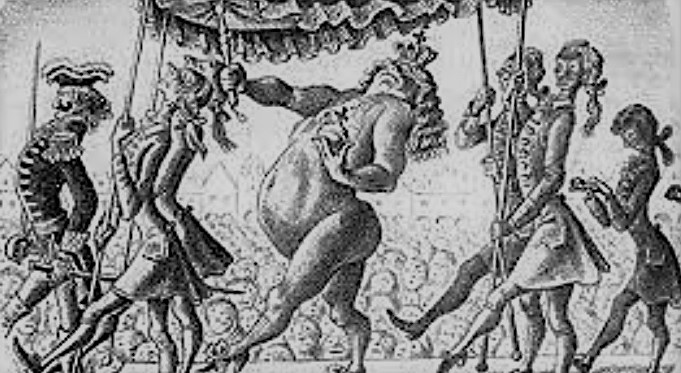 I do not know Nina Krajnik personally. But after what I read (we had an interview with her in Demokracija) and heard (an interview on TV Slovenia), I must say that I find her a convincing and clear, also likeable woman. She knows what she is talking about, she is consistent and very direct.

It is true. Žižek has a monopoly over Lacan. He introduced himself and promoted himself as a Lacanian, enthroned by the global academic left. In fact, he is a post-Marxist philosopher, an apologist for cultural Marxism, a member of the “jurassic left” who perfidiously hides his obsessive contempt for capitalism (which he actually feeds on) and admires the world’s greatest tyrannies (Stalinism and Maoism). Because he picks up crumbs from everywhere, some mix Marx and Lacan (probably Hegel as well). But his word counts whatever he says. This is not being discussed in Slovenia, let alone doubts. All that is possible is humble kneeling before his Lacanian Highness and nodding to the whims of the prophet of the capitalist apocalypse. His word is first and last. There is nothing in between, nothing at all. It seems that this has always been the case until Krajnik came and said out loud that such a situation was possible only because the clique led by Gregor Golobič (and the circle around Slavoj Žižek, Mladen Dolar, Renata Salecl and others) “privatised one of the main ideological mechanisms of the state” – higher education and the academic sphere. “The forensic trace of this is public money. And someone will have to intervene in this in the future,” she said. The answer of the deep state came very quickly – Nina Krajnik was broken into her home by Odlazek’s journalists. Because she touched on the finances of the deep state and was critical of the poor copies of the Slovene Lacanians. Even though she received support from Jacques Alain Miller, Lacan’s intellectual heir: “Slavoj, Mladen Dolar, a dark eye is watching you in Ljubljana as well, and it is not the one that watched Kain, because Nina should live.”

By A. S. Slovenia is among the top ten European countries with the most cars per household, according to a new survey. It ranks ninth....
Read more
Culture

By: J.S., STA The latest Covid-19 statistics show the number of cases steadily rising, as the number of new infections registered over the weekend increased...
Read more
Slovenia