The Ministry of Finance has pointed out that Slovenia enjoys the trust of international investors, which has also been confirmed by the ratings of the credit rating agencies. Due to the relatively good estimates, the bond yields have become negative, and the coupon interest rate is zero percent in the amount of 1.75 billion euros. When the interest rate becomes negative, this means that the investor or bank is covering the premium or loan amount.

For the first time in the history of Slovenia, by issuing ten-year bonds it borrowed at a negative interest rate, the state will not have to pay interest to the bondholders at all. On the contrary, the bondholders are even willing to pay the state to be able to include its bonds in their investment portfolios, thus reducing the amount it will have to repay. 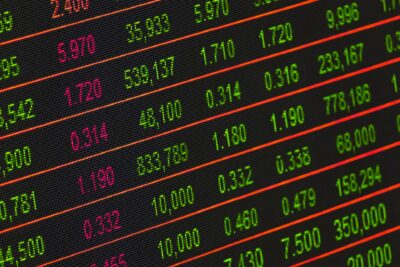 In addition, Slovenia has increased the existing issue of the long-term 30-year euro bonds at an interest rate of 0.381 percent, in the amount of 250 million euros. According to the Ministry of Finance, the reason for this is the market-proven long-term investor confidence in Slovenia, and the decisions taken by the Government of the Republic of Slovenia in these difficult times to create and adopt the measures to mitigate the effects of the COVID-19 pandemic on the economy and citizens.

The international credit ratings predict stable prospects for Slovenia in the future. For example, Fitch confirmed our credit rating at A, and at Moody’s, they even raised our credit rating. According to Standard and Poor’s, Slovenia has consolidated its strong fiscal and foreign trade position in recent years, with balanced economic growth, which will enable it to overcome the crisis brought by COVID-19. The agency welcomes the government’s anti-corona legislative measures, which they say will prevent long-term negative consequences for the economy. In December, Slovenia received an AA-rating with a stable outlook. For Slovenia, an assessment like this means that it remains a stable country in the long run, despite the aggravated situation due to the coronavirus.

Demand for Slovenian bonds is high
Minister of Finance Andrej Šircelj pointed out that Slovenia has never borrowed at such a low interest rate in its history. The Ministry also pointed out that the issuance of new bonds increases investor interest. The issuing of new bonds was led by the organizations such as Barclays, BNP Paribas, CACIB, Deutsche Bank, HSBC and Nova KBM. The stable outlook reflects the resilience of the Slovenian economy to the effects of the COVID-19 pandemic, which Slovenia has built in recent years by successfully resolving external, financial and fiscal imbalances.

Diplomat Valentin Inzko has revealed who the author of the non-paper which talks about borders in the Balkans really is!

Unbelievable: While Slovenia is winning on the 2020 Olympics, Delo’s war correspondent Uroš Esih reports on a victory over the fascists from 1945