The “Tarča” show on TV Slovenia reached a new bottom 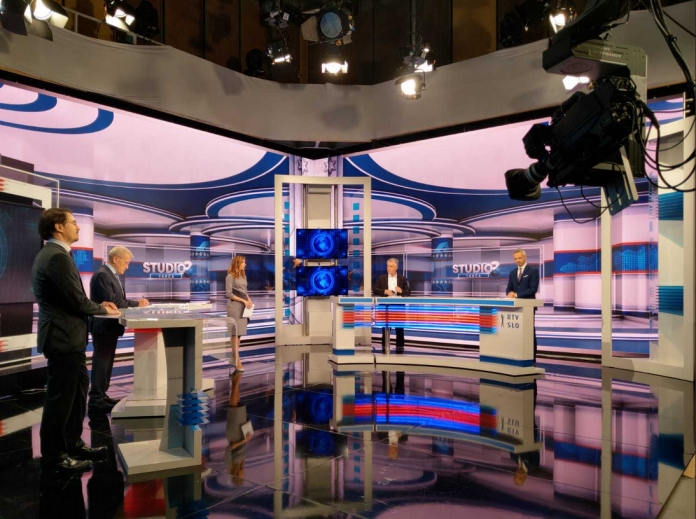 The “Tarča” show on TV Slovenia has become a first-class television pamphlet for spreading intolerance.

The once popular TV show “Tarča”, which covered the most current and exciting topics on national television, has now been a means of political struggle for power for at least a month and a half – at least since the appearance of the “whistle-blower” Ivan Gale. Last Thursday, the aforementioned TV show, hosted by Erika Žnidaršič, reached a new bottom, as it targeted medical staffs in nursing homes, which is considered to be the lowest paid staff in health care. No wonder then, that the show provoked many outraged reactions and that even many citizens, who applauded the show, when it allegedly revealed irregularities in the purchase of protective equipment, were heavily criticized this time. Thus, TV Slovenia was even accused of intolerance, hatred, treachery and sowing fear. This is also shown by the reactions on social networks, where the prevailing assessment is, that everything has already reached the bottom. Apparently, everything took place in agreement already with the former Minister of Health Mr. Dušan Keber, the once visible face of the failed political party LDS, who was still receiving fees for his counselling, under Minister Milojka Kolar Celarc. And what did they tried to tell us in the TV show “Tarča”? Perhaps the fact, that care recipients in nursing homes at the time of the epidemic with the new coronavirus COVID-19 were already on the lists for so called write-off. To put it another way: with an artificially constructed affair, about the lists of patients to be stopped healing and left to die, they wanted to humiliate both the government and the medical staff in the homes, which was supposed to be like some kind of gang of murderers. However, Ministers Janez Cigler Kralj and Tomaž Gantar, together with Doctor Igor Muževič, who works at a home for the elderly in town Kamnik, well denied the false accusations. Nevertheless, great damage was already caused. Thus, one of the doctors told one of the media, that the next morning after the broadcast, an 80-year-old woman from one of the nursing homes visited him and asked him, if she was already for discharge or if she would not be treated, if she fell ill. The seed of fear, caused by national television, has thus fallen on fertile ground, which is not an isolated case. A nurse, from a home for the elderly in town Novo mesto, also came forward and wrote to the creators of the “Tarča” show: “Are you even aware of the position, you have placed in your relatives, residents and last but not least, employees – especially nurses and paramedic? You literally labelled us as covid killers.” No comment is probably needed.

Andrej Babis: Birth rates should be increased instead of migration

By: V4 Agency Instead of mass, uncontrolled migration, increasing the number of births is the only sustainable solution to prevent the extinction of Europe, Czech...
Read more
Focus

Testimony of Partisan Cizel Reopened the Topic of Investigations Into Communist Massacres: Why Was No One Ever Convicted?

By: Sara Bertoncelj / Nova24tv The testimony of partisan Anton Cizel has reopened the debate on the extrajudicial murders by the communist authorities and the...
Read more
Focus

During the Current Government’s Term, Ten Times More Housing Will Be Built Than What the Left-Wing Governments Managed to Build