Slovenian villages near the border with Croatia are overflown with migrants

Under the current Slovenian government, mass migration is once again intensifying, with groups of migrants from the Middle East and Africa appearing daily in villages near border crossings with Croatia in the Koper municipality area. A local woman from the village of Movraž told us that groups of up to fifty migrants are being picked up by police officers at the border or are crossing illegally themselves. Movraž serves as a sort of intermediate station for these migrants, who are then picked up by buses in the center of the village under police surveillance and taken on to Ilirska Bistrica and other asylum centers.

Up to 100 migrants a day are passing through the village. The surrounding countryside is full of trash, which migrants dump when they enter Slovenia. The barbed wire around the border is as full of holes as a Swiss cheese. In the surrounding villages, containers belonging to the Knights of Malta charity containing water and food for the migrants can also be seen, with signs in Arabic on the containers themselves. 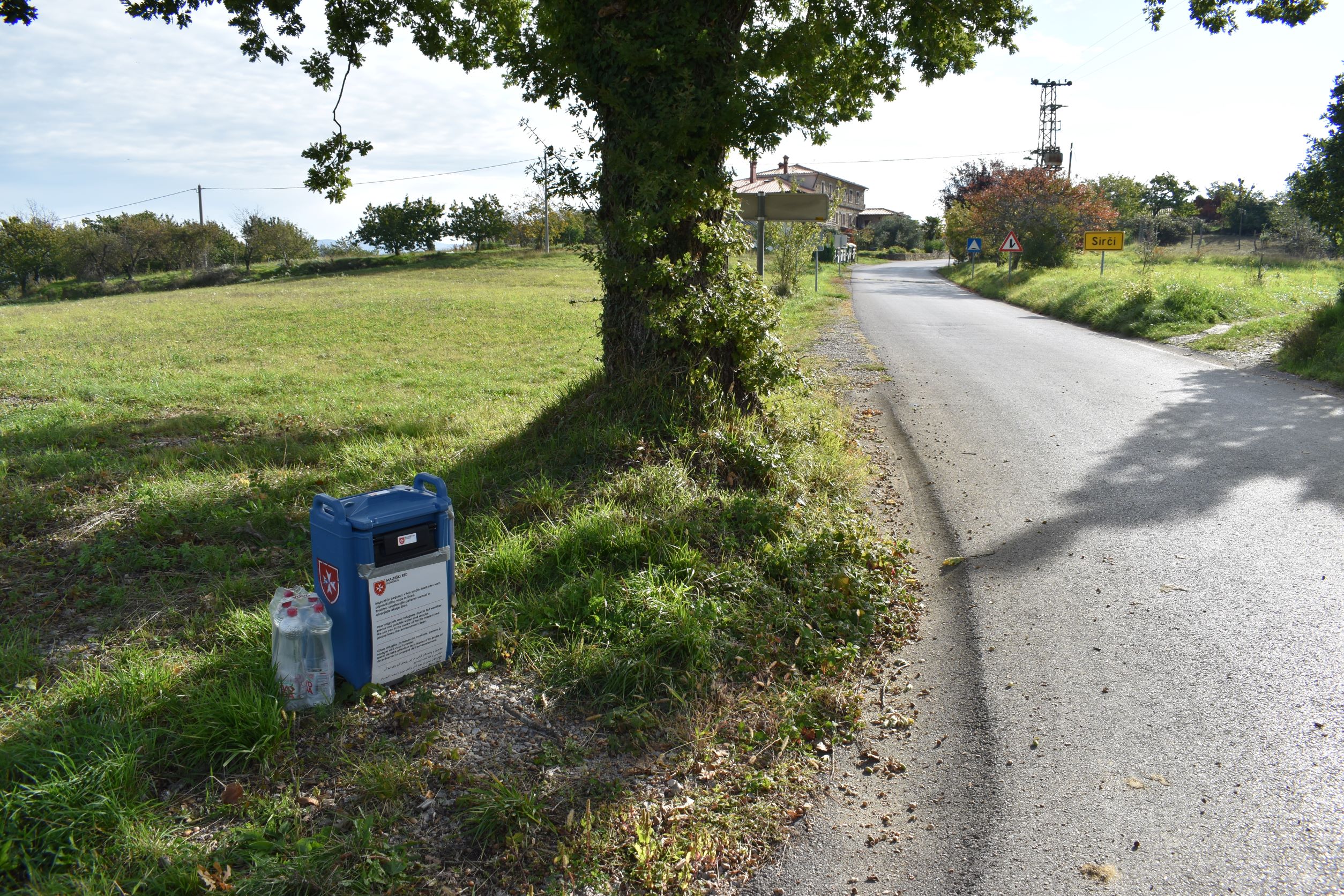 Concerned locals told us that the police transport migrants mainly at night and early in the morning. Migrants are supposed to arrive at the border, where they are then picked up by the police. Some are separated from larger groups and wander the countryside on their own. In addition to Movraz, large migrant groups can be observed in the villages of Gradin, Hrvoji, Pregara, Brezovica, Trebeše and Sirči. Bicycles have also been stolen and the house of a Gradin resident has been broken into.

Minister Of Health Threatened The Doctors’ Trade Union With An “All-Out War;” Prime Minister Golob Is Now Trying To Make Excuses For Him: “Emotions...

By: Sara Bertoncelj / Nova24tv On Tuesday, the trade union of doctors and dentists – FIDES, and the government representatives met for crucial negotiations on...
Read more
Uncategorized

Let’s dance because we are poorer every day! While inflation is falling in the EU, it is rising in Slovenia – food is almost...

By: Andrej Žitnik / Nova24tv.si According to the estimates of the European statistical office Eurostat, the annual inflation in the euro area fell to 10...
Read more
Uncategorized

Apparently, Political Interests Are Above The Law: Vučko’s State Election Commission Wants To Shorten Legal Deadlines So That Golob Can Get Rid Of The...

By: Sara Kovač / Nova24tv On Thursday, the State Election Commission will be deciding on the shortening of the deadline for the adoption of the...
Read more
Important

Entrepreneurs, beware! Left-wing minister Mesec is establishing a directorate for the nationalisation of private property!

By: Gal Kovač / Nova24tv The Minister of Labour, Family, Social Affairs, and Equal Opportunities announced the establishment of the Directorate for “Economic Democracy”. The...
Read more

When the MP of the largest ruling party lets the following slip: We accept migrants to replace you…

In Brussels, She Expressed Concerns About Slovenia Becoming A “Migration Pocket,” While At Home She Mocks Those Who Warn About It

The Police Have Confirmed The News: An Eritrean Migrant Attacked A Woman In The Centre Of Ljubljana!

By: Ana Horvat / Nova24tv According to official information, a knife attack happened in the centre of Ljubljana on Tuesday evening. As reported by the...
Read more
Focus

Cultural enrichment coming to Slovenia: Eritrean migrant stabbed a woman in the centre of Ljubljana