Actor Will Smith bungee jumped out of a helicopter over the Grand Canyon Tuesday afternoon to mark his 50th birthday.

And keeping up with his good-guy, showman image, he live-streamed the stunt to help raise awareness and donations for education campaigns run by the international advocacy group Global Citizens. 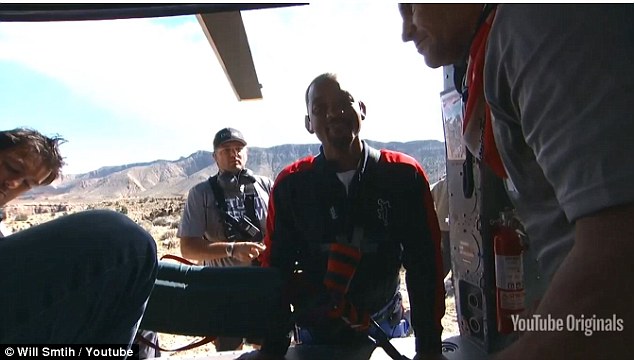 Tension building: The stunt was live-streamed to help raise awareness and donations for education campaigns run by the international advocacy group Global Citizens

The stunt was billed as a leap ‘in the heart of the Grand Canyon.” As the moment of truth arrived, you could see the apprehension and tension building in the actor’s eyes. Then, just as the chopper lifted off, Smith made a heart sign with his hands. As they headed out over the canyon, he waved down below to his family, friends and fans. ‘Never look down, you never look down,’ the anxious star blurted out with his signature smile on his face. Moments later the crew on board the helicopter counted down: ‘5, 4, 3, 2, 1.’ 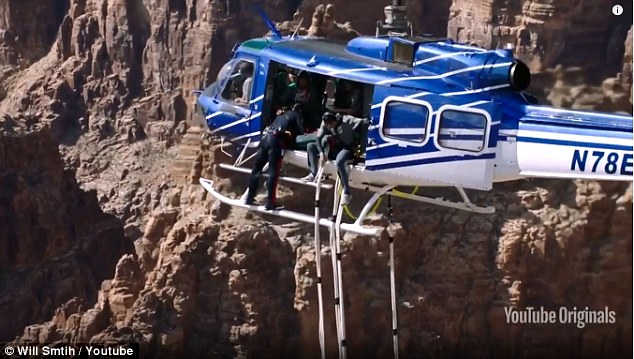 Wonder of the world: The Fresh Prince star jumped over a smaller gorge on the Navajo Nation near Grand Canyon National Park 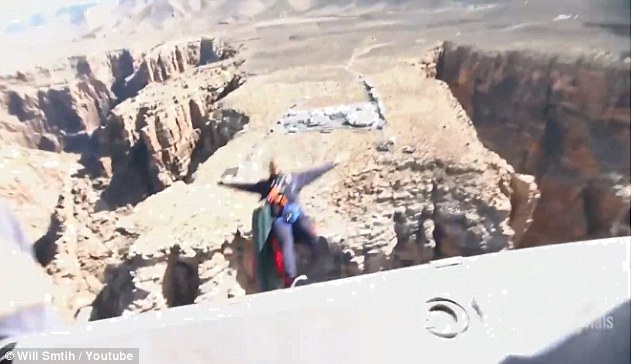 The moment of truth! The chopper crew counted down: ‘5, 4, 3, 2, 1,’ and then Smith jumped out on cue, backwards with his arms outstretched 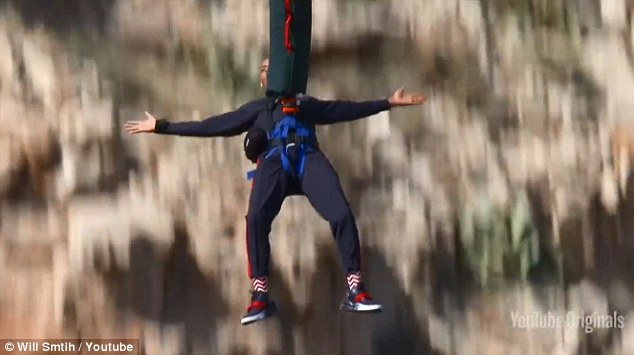 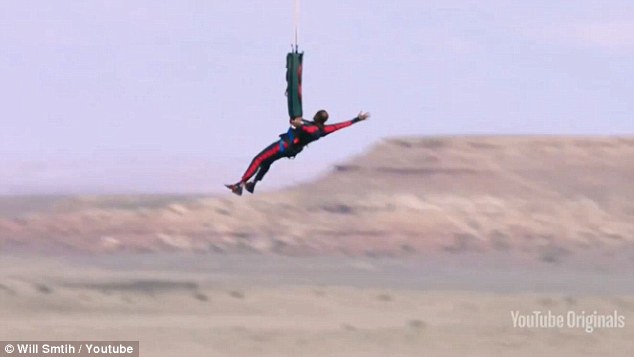 Terror to bliss: ‘This is gorgeous. This is some of the most beautiful stuff I’ve seen in my life,’ the excited actor yelled out 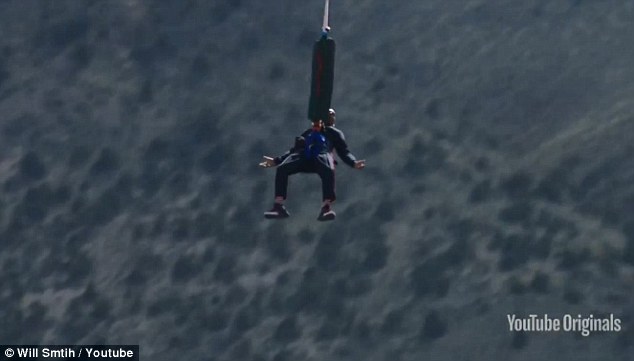 Exhilaration! Smith repeated: ‘terror to absolute bliss’ over and over

Smith jumped out on cue, backwards with his arms outstretched. At first he sounded terrified: ‘Oh my god,’ he yelled out during the fall, but that quickly turned to excitement when he knew the bungee chord worked. ‘This is gorgeous. This is some of the most beautiful stuff I’ve seen in my life — beautiful, from terror to absolute bliss.’  Once on the ground, Smith couldn’t stop ranting about the experience. ‘Nothing will ever be scarier than that terror to bliss. You’re happy the chord worked. Then the whole Grand Canyon is mine, like me and the Grand Canyon. It’s like you need the terror to enjoy the bliss.’  The actor quickly embraced his family — including wife Jada Pinkett Smith, daughter Willow and sons Trey and Jaden. Jada, who was not in favor of the jump, had a change of heart and was overwhelmed by the stunt. ‘It was really a powerful experience; a spiritual moment when you dropped; I saw that freedom,’ she proudly proclaimed to her husband. ‘That was so inspirational and so gangster.’ 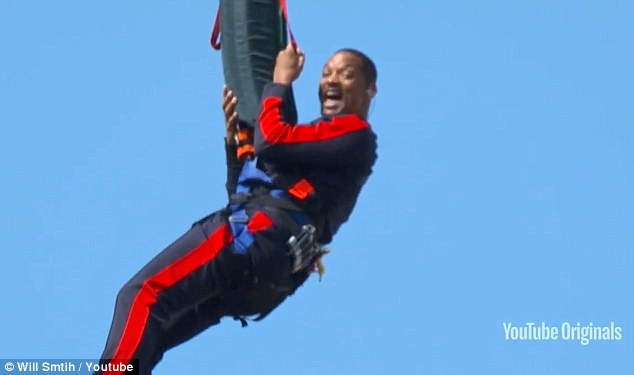 Thumbs up: ‘You’re happy the chord worked. Then the whole Grand Canyon is mine, like me and the Grand Canyon’

Who is Zoran Stevanović, Organiser of the Violent Protests? He Bought Furniture and Hired a Lawyer at the Expense of the Municipality

By: Sara Kovač / Nova24tv Wednesday’s anti-vaccination protests eventually became violent – police officers had to use a water cannon and tear gas against the...
Read more
Important

Minister Hojs: The Organiser Knew That the Protests Would Be Violent, But He Did Not Report That to the Police!

By: Nina Žoher /Nova24tv In an interview on the show Odmevi regarding the violent protests that happened this Wednesday due to the protesters opposing the...
Read more
Focus

Esteemed Journalists: Attack on the Nova24TV Cameraman Should Be Condemned by the Entire Media Mainstream

By: P.T., STA The recipient of this year's Badjura Award, given out for lifetime achievements in film since 1995, is the innovator and film sound...
Read more
Culture

By: J.S., STA SNG Drama Ljubljana, the country's leading theatre, will stage some old plays, some based on films and others it has commissioned itself,...
Read more
Culture

By: P.T.,STA Robert Simonišek, an author and art historian born in Celje in 1977, has won the 2021 Rožanc Prize for best collection of essays...
Read more
Entertainment