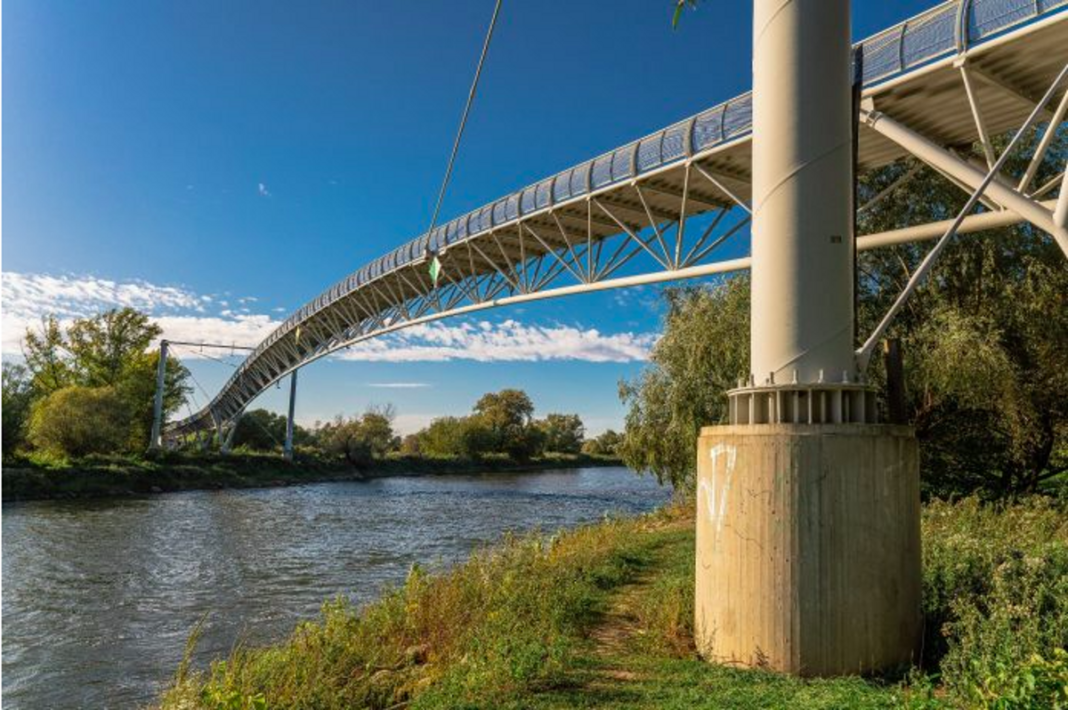 The almost 400 km long cycle path was chosen for a unique theme that cyclists in three countries can experience.

It was awarded as the cycle path of the year 2021. The award ceremony took place on 23 April 2021 during the online Radtourismusmesse Fiets en Wandelbeurs place that reports region Bratis-lava on its website.

Past a diverse environment

The approximately 400-kilometer route begins in Gmünd in the Waldviertel, Austria, and leads through the Czech Republic to the Slovak capital Bratislava / Pressburg.

The Slovak section was marked for the first time in 2010 by the Slovak Cycling Club in cooperation with the Bratislava self-governing region.

The bike path leads through varied natural and urban landscapes, connects historical and natural monuments with historical cities and villages, runs along various cultural and technical monuments and is in the immediate vicinity of castles, palaces and palaces.

“It’s hard to believe that until 1989 this idyllic setting was surrounded by fences and watchtowers that prevented people from crossing the borders,” says Bert Sitters, chairman of the jury and cycling journalist.

The transformation of this area into a cyclist’s paradise is all the more admirable, he added.

As the national coordinator of EuroVelo cycle routes in Slovakia, the Slovak cycling club has been responsible for marking cycle paths since 2014. As part of the Interreg project “Culture and Nature on the Green Belt”, new websites, www.ev13.sk, www.ev13.eu and a mobile app were introduced, on which all visitors can find all information about the cycle paths.

Pop TV is creating an illusion that the extremist Brglez is centrist!

By: Andrej Žitnik / Nova24TV.si Although we already knew why the uncles sent Miha Kordiš to fight for the presidency, on the show 24ur zvečer,...
Read more
Focus

Look at how bad a businesswoman Nataša Pirc Musar is, who would like us to entrust her with the highest political function

By: Sara Kovač / Nova24tv.si As we announced, we will undertake a brief analysis of the operations of the company, which today is called Ruska...
Read more
Focus

Did you know that the Majdič mill, which burned down, was owned by the Odlazeks? STA: After the fire, the fate of the destroyed...

By: Moja Dolenjska, STA From the night of Monday to Tuesday, a fire broke out in Kranj under Jelenov klanec on the edge of the city...
Read more
Important

(ATTENTION) Robert Golob’s government continues its attack on the Independent Contractors (ICs), only the National Assembly stands before the tax pogrom

By: Sara Kovač / Nova24TV.si On Monday, at a correspondence meeting, the government approved a legislative package of tax changes that largely repeal the tax...
Read more

By: P.T., STA The need to put the tourism industry on a completely new footing post-Covid rather than return to business-as-usual amidst pre-pandemic visitor numbers...
Read more
Culture

By: P.T., STA A pop-rock musical will be staged at the Križanke open-air theatre tonight as a highlight of the Ljubljana Festival. Water Man, inspired by...
Read more
Entertainment

By: P.T., STA The Grand Prix of the 8th annual Short Film Festival (FeKK) that closed at the weekend went to the Greek film Mikrovioma...
Read more
Culture