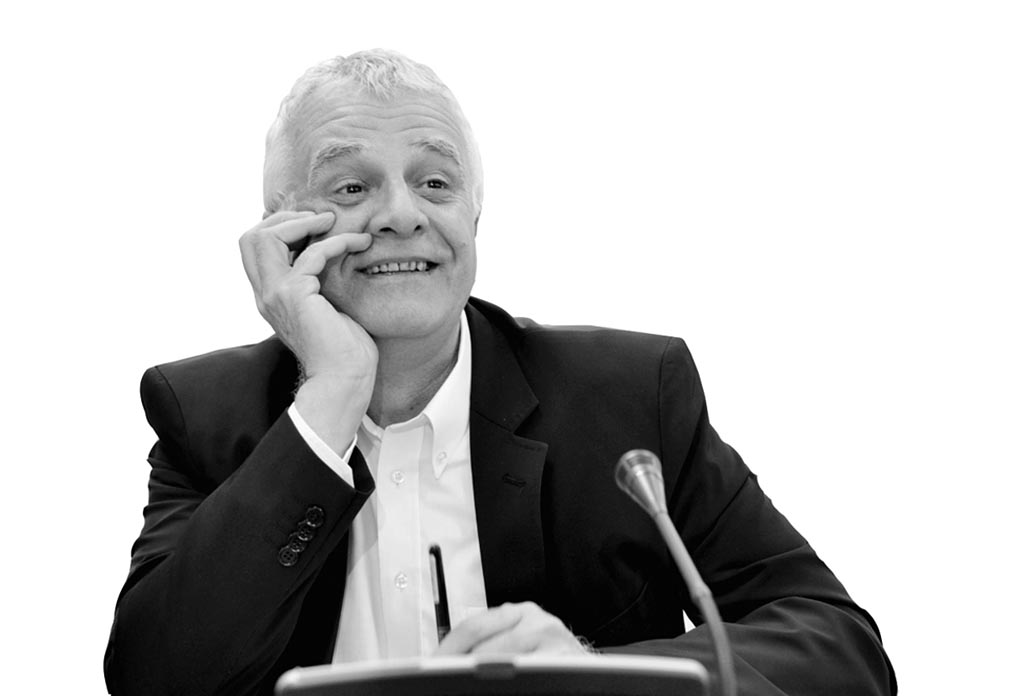 Field report of the secret service agent of the Gibanje Svoboda party under serial number 246 five days after the elections. In the hands of Chief Robert Golob. Strictly hopeless.

Agent “Vincencij”, I am asking the headquarters of the USRG intelligence agency (Udba of Robert Golob) to send additional reinforcements to our ideologically and politically completely divided village Slepa pega, because I can no longer eavesdrop on everyone. Personally, I suggest the famous spy, Muri. Unacceptable things are happening, which testify to the fact that the victory of our great leader Golob does not mean the end of fascism.

In the local community of Zgornji Taubi, where all pensioners voted for the chief in a plebiscite (and will return everything that the dictator gave them in protest), five minutes after the election results, graffiti appeared on the inn “Črni Kos”-OF-Janez Janša, and on the façade of the president of the basic organisation of the party, the fascists pasted the payrolls of our Golob, as well as the graffiti “whoever steals also lies”. I called the fire department to clean up the dirt, but no one answered because they were still celebrating.

While watching these fascist terrorist attacks of the fascists, I met the village pastor Ignacij L. in the local community of Spodnji Upor, who crossed himself when he saw me, and I suspect that he is either a fascist or a home guard. I suggest sounding the church and the parish where he resides.

The new government strengthens the economic sector of NGOs

Last night there were also fascist provocations in the inn “Črni Kos”, where a well-known supporter of the right Peter H. brought poster portraits of some of the most prominent members of our anti-fascist movement and hung them on urinals over the men’s toilet. These are portraits of the great Golob, Mojca Pašek Šertinc, Urška Klakočar, Janja Sluga, and the completely innocent Dejan Zavec. In a sober state, he then shouted in the inn, “Now it is easier to piss.” I have a soundtrack! I called our police station, but the commander was not there because he was celebrating his election on our list, and the duty officer dismissed me, saying that hanging portraits of prominent leftists over urinals is already a tradition. However, I reported the fascist to the prosecutor’s office for saying that he now urinates more easily. Peeing on ours is a crime.

Ivo B., who has his own carpentry workshop on the outskirts of our village, placed a 5 meter by 3 meter panel in front of it with the following notice: “I am informing the clients that I will not be a carpenter for a few days, because I am closing the private company Stol in sin and in the coming days I will open an NGO, i.e., a non-governmental organisation Stol in družina”. In a conversation with my spokesman “Cattle”, he said that new times are coming, when there will be no more work, but the new government will further strengthen the economic sector of NGOs, because it is more humane than eight hours of work. Of course, this is not a problem, the problem is that this is a man who has never joined us in Ljubljana on cycling, or on hikes on the roads and streets, and the NGO does not belong to him.

Protecting the character and work of Vladimir Putin

This morning, the entire village was covered with A-3 leaflets and the words “This is not left-wing politics, but fascism.” On the one hand, it is plagiarism, because our great leader Golob said in one of the confrontations that “what this government and Janez Janša represent is not right-wing politics, but fascism”. On the other hand, there are the following crimes: slander, insulting accusation, attack on the foundations of the state system, criminal mockery of the constitution and, of course, a ridiculous attack on anti-fascism. I have not yet discovered the perpetrators, but I have a well-founded suspicion that it is the well-known cleric Johanca X., who, among other things, has already made a mockery of the members of March 8th Institute, especially the well-known left-winger Nika Kovač. The latter has already filed a complaint against the unknown perpetrator with a strong suspicion.

It will also be necessary to protect the character and work of Vladimir Putin, who is our priority foreign policy. I also suggest that our agency in the Ljubljana headquarters achieves that the “Butcher’s Massacre” of Aleš H., with an inscription on the façade “We are Golob’s, Golob is ours”, is liquidated or closed in the village. This is a well-known hogwash from the time when our bright example Josip Broz visited Celje, and the director of the butcher’s shop disappeared. I suggest the same.

Vinko Vasle is a long-time journalist, publicist, satirist, and writer.

A new generation of voters

By: Jože Biščak It is difficult to find a common language with the left. In fact, this mission is impossible. Not only do they not...
Read more
Columnists

By: Bogdan Sajovic Ever since Russia launched its robbery campaign against Ukraine, um, a denazification-limited campaign, Russian trolls, both state-professional and amateur, have been pounding...
Read more
Columnists

Letters from freedom: The Sun King

By: Vinko Vasle Slovenia has been full of movements throughout its history. The most famous is the camp movement, which is a precursor to the...
Read more
Columnists

Paint on the face of a diplomat and demolished monuments

By: Goran Andrijanić On May 9th, the day celebrated in some European countries as the day of victory over fascism, Russian Ambassador Sergei Andreyev appeared...
Read more
Share
© © Nova obzorja d.o.o., 2021
Go to mobile version