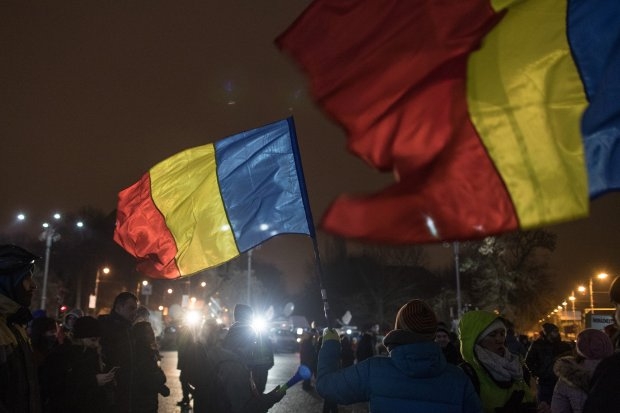 As Romania takes over the rotating Presidency of the European Council in January, the European Parliament will ensure that this Presidency does not undermine the European values which we have fought hard for, such as respect for the rule of law.

Unfortunately, the situation in Romania has continued to deteriorate. This is why we demand clear action from the ruling Social Democratic Party to fight corruption and show political will for the proper functioning of the rule of law.

Reacting to a European Parliament vote on a Resolution on the rule of law in Romania, Roberta Metsola MEP, EPP Group Spokeswoman in the Civil Liberties, Justice and Home Affairs Committee, said: “Over the past months, the Romanian people have taken to the streets to make their voices heard. All they want is for the European values they were promised when Romania joined the EU to be respected. They want a strong government that defends the rule of law. Their pleas have not been respected by the Romanian authorities. I want to assure the people of Romania that the European Parliament sees them, hears them and will not fail them.”

“Changes in the judicial system in Romania earlier this year are the opposite of what European citizens expect from the law-makers they elected to represent them. People expect transparency, justice, rule of law and democracy. That is what they deserve. And that is what the EPP Group will fight for – always”, said Roberta Metsola.

By Andrej Sekulović  David Engels is a Belgian conservative author, a historian, and a professor of Roman history, living in Poland. We spoke to him...
Read more
Migration

By Nicola de Felice 2,000 Sudanese, Somalis, and Yemenis are expected to land in the next two weeks, but Egyptians and Bengalis remain at the...
Read more
Focus

The heroes of Azovstal

By Álvaro Peñas "The defenders of Mariupol carried out the order, despite all the difficulties, distracted the overwhelming enemy forces for 82 days and allowed...
Read more
Slovenia

By: P.T., STA The outgoing government proposed the recall of Slovenia's ambassadors to Germany, Bulgaria, Russia, Australia, Japan and Poland in what continues to be...
Read more