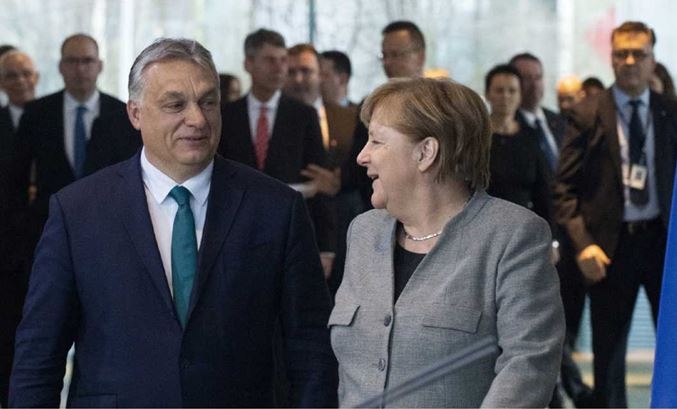 On the 10th of February, Prime Minister Viktor Orban travelled with a high-level delegation to Berlin in order to hold talks with CDU President Annegret Kramp-Karrenbauer (who announced her resignation in the morning of the visit) and the Chancellor of Germany, Angela Merkel.

Key topics were the economic ties between Germany and Hungary, the next EU budget, the EU enlargement policy as well as international issues. Both leaders highlighted the great economic ties between the two countries and the German Chancellor praised the efficient use of EU funds in Hungary, which led to long-lasting boost of the Hungarian economy. Angela Merkel stated that thanks to clever investments and an efficient economic policy, Hungary’s problem is not high unemployment anymore, but labour shortage instead.

Prime Minister Orban declared that the trade volume between Hungary and Germany breaks records every year, in 2019 that volume may even be higher than 55 billion euros.

Furthermore, he underlines the importance of quick accession of Serbia to the European Union, as this is a prerequisite for stability in the Western Balkans.

With CDU president Annegret Kramp-Karrenbauer they discussed defence policy issues as well as the future cooperation between CDU and Fidesz.

By: P.T., STA Slovenia's exports of goods in May were up by 48.7% year on year to EUR 4.8 billion, as imports to the country...
Read more
Editors picks

By: J.S., STA Ukrainian President Volodymyr Zelensky will address the National Assembly via video link on Friday at 10am. Zelensky was invited to do so...
Read more
Culture

By: P.T., STA The cities of Nova Gorica and Gorizia are joining forces as the European Capital of Culture 2025 under the name GO! 2025. In...
Read more
Share
© © Nova obzorja d.o.o., 2021
Manage Cookie Consent
We use cookies to optimize our website and our service.
Manage options Manage services Manage vendors Read more about these purposes
View preferences
{title} {title} {title}
Go to mobile version