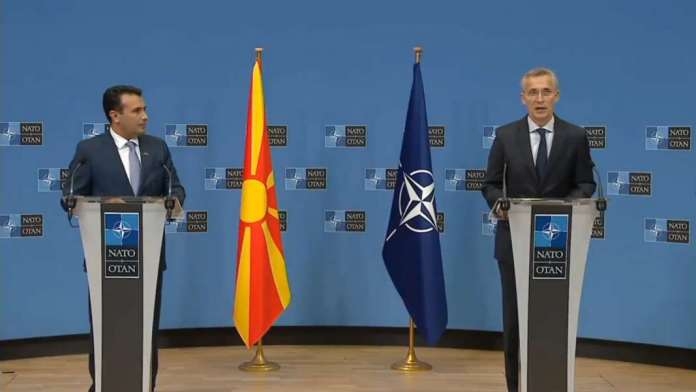 The gesture was announced during the visit by Prime Minister Zoran Zaev to Brussels, on his first official trip in his second term. Zaev and Defense Minister Radmila Sekerinska presented the move as show of strong solidarity from NATO allies with Macedonia and a move toward acquainting Macedonian citizens with the benefits of membership. He then mangled Stoltenberg’s title, calling him “secretary generaly”.