A larger portion of the French population trust the right-wing presidential candidate the most, according to the findings of recent survey. Le Pen enjoys particularly high support from three social groups: traders, manual workers and young people. Emmanuel Macron’s supporters come from a completely different background.

On security issues, the French population has more confidence in the right-wing Marine Le Pen than in the current head of state, according to the latest survey published by the French news portal BFMTV. Conducted by the Elabe polling institute, the survey shows that none of the presidential candidates reached a score of 40 per cent when respondents were asked about security issues. Marine Le Pen is at the top of the list, with 39 per cent of those polled expressing trust in her. She is followed by current head of state Emmanuel Macron at 35 per cent, while Xavier Bertrand of the Republicans Party is in third place with 33 per cent. 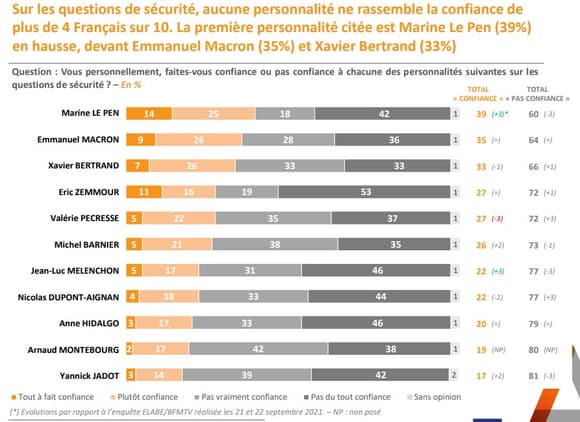 BFMTV points out that this result is extremely important for Marine Le Pen, as she has confidently beaten Eric Zemmour, her biggest right-wing rival, who finished fourth on the list, at 27 per cent.

When asked about security issues, three groups of the respondents have particularly high confidence in Marine Le Pen: traders and craftsmen (59 per cent), manual workers (48 per cent) and young people aged between 25 and 34 (44 per cent).

Compared to Le Pen, Emmanuel Macron’s supporters are of a completely different demographic. In the context of security issues, the current president enjoys more support from those aged 18 to 24 and from corporate executives, with 44 per cent of the young age group and half of the executives favouring Macron.

The survey also reveals which aspects people consider most important in the presidential election. In this respect, purchasing power tops the list, with 47 per cent of those surveyed holding this a key consideration when casting their ballots. This is followed by security in second place at 30 per cent, followed by immigration and health, with both issues scoring 27 per cent. 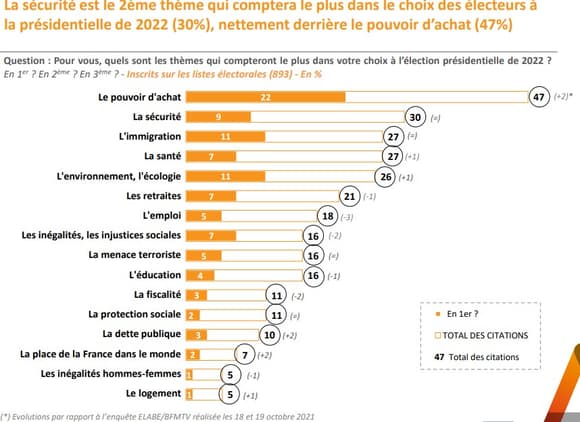 The issues of personal safety and property security were also included in the poll, which found that 63 per cent of those surveyed believe the situation has deteriorated in recent years. 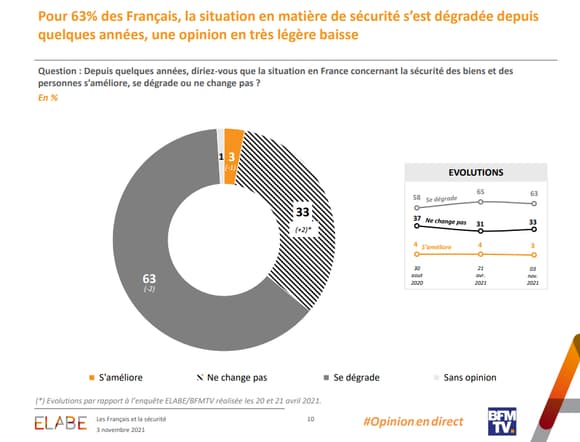 To improve the level of personal and property security, 48 percent of respondents believe that individuals convicted of a crime should actually serve their full sentence, while 45 per cent would like to see a tougher penal code. 36 per cent are of the opinion that police presence on the street should be bolstered, and 29 per cent believe that increasing the size of the police force would be a solution to the problem. 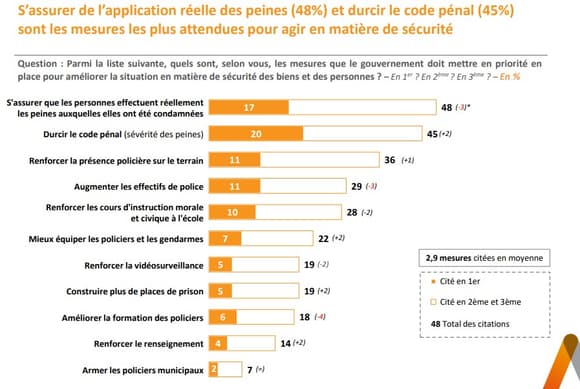 Only 19 per cent of those surveyed see an increase in the number of prisons as a solution to the problem, and even fewer support arming the municipal police, with 7 per cent of respondents choosing this option.

By: P.T., STA President Borut Pahor said digitalisation should be based on human rights, the rule of law and democratic society as he addressed a...
Read more
Focus

By: Domen Mezeg / Nova24tv “Biščak, Gregor Golobič’s long-time lackey, wants to chase away the Americans, and as we have already noted, Golob has gone...
Read more
Focus

By: Sara Kovač / Nova24tv “Yes, the Radio-Television Slovenia strike is necessary. Because a lot of recent actions are worrying. However, not all means should...
Read more
Focus