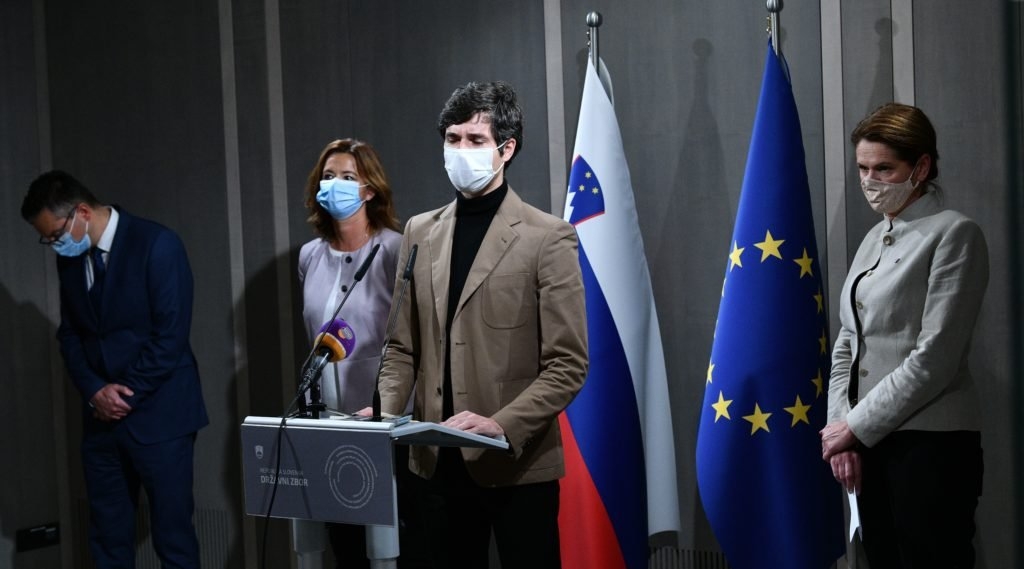 “Interesting thinking of the parties SD, LMŠ, Levica, who are planning to overthrow the government during a pandemic, to vote against # PKP5 while looking for a discarded Marjan Šarec’s towel,” said Prime Minister Janez Janša in response to the hypocritical demands of the parties of the left-wing opposition, which in every possible way seek to prevent any changes in the country that would curtail their influence, the privileges or bonuses of non-governmental lackeys or hysterical Friday anti-government protesters loyal to them.

Prime Minister Janez Janša responded to the hypocritical demands of the parties of the left-wing opposition bloc, which is deeply hurt by the fact that the government is trying to solve topical issues in the country and thus cutting the wings of the transitional bourgeoisie, which controls numerous pores of social life and strives to overthrow the current Janša’s government. In addition, the left-wing opposition has consistently opposed government measures necessary to curb the effects of the epidemic, including the fifth anti-corona state aid package, with which the government is rescuing primarily the little man.

The fact is that the left opposition does not care for the well-being of the people, but, as has already been said, only for its own benefits. On the one hand, it wants the government to deal with the epidemic only, and at the same time it opposes its actions. The demands stated in the joint opposition statement read: “immediate suspension of the preparation of changes to the media legislation, cessation of confrontations with the media house management, editors and journalists – especially RTV Slovenia and STA, suspension of the draft law on merging independent supervisory agencies and professional public debate on it, respect of separation of individual branches of government, termination of personnel purges in the police and other state bodies, revocation of the eviction of associations and institutions from Metelkova.”

The demands of the left opposition are understandable, which shows, among other things, the recent events at the NPU, which criminally prosecutes only those who do not belong to a particular ideological bloc, while major scandals such as IranGate and TEŠ 6 are not even glanced at. The fear of the eviction of NGO “premature babies” on Metelkova, whose members diligently protest at Friday’s political bike rallies and crawl out of their holes every time Janša is in power and hide when he is not and continue to enjoy the state crèche, is also understandable. And so is the hysteria over the change of media legislation, as the heirs of the revolution control the vast majority of the Slovenian media space.