(VIDEO) Slovenian Prime Minister Janez Janša after the session of the National Security Council: We will stop both COVID-19 and illegal migration

After today’s session of the National Security Council (SNAV), at which the situation regarding the coronavirus and the situation in the field of illegal migration were discussed, Prime Minister Janez Janša said in a statement for the media that SNAV considers that we are at a turning point – when, even with soft measures, we can stop the spread of the virus without a major halt to public life and the economy. This would prevent us from paying the same high price for the virus as we paid in the spring.

»From this point of view, the National Security Council calls on all citizens of the Republic of Slovenia to take full account of the measures taken, as it will depend on whether these measures will actually work,« said Prime Minister Janez Janša, adding that the National Security Council also estimates that there are no differences between the government and the profession in the measures taken. »SNAV estimates that the measures are appropriate and balanced and that the plans adopted to combat the coronavirus in advance are well prepared and balanced and that all variants are prepared to stop the virus in any case,« said the Prime Minister. He added that at the moment »we are not faced with the dilemma of whether we will be able to stop the spread of the virus, we are capable, we know this, because we proved it with significantly less resources in the spring, but the question is what price we will pay for it«. 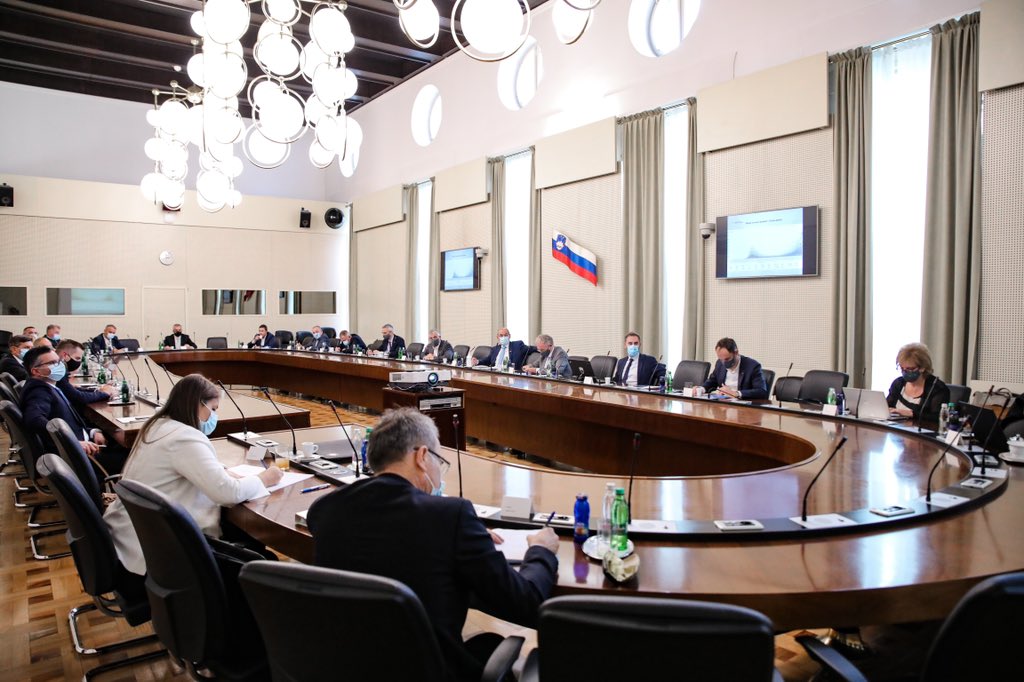 »With regard to illegal migration, the National Security Council fully supported the proposal of the Slovenian police, namely that due to the situation, which is becoming more critical, the National Assembly is again proposed to activate Article 37.a of the Defense Act. This will enable the activation and use of additional forces of the Slovenian army to protect the Schengen border between Slovenia and Croatia,« said Prime Minister Janez Janša. He added that »we urge the opposition parties to support this measure this time, as it is a decision to be taken by a two-thirds majority«.

»The government has a completely direct duty to protect the safety of all residents in the country. For the Slovenian government, the security of Slovenian citizens in the middle of Ljubljana is as important as the human rights and security of citizens in Ilirska Bistrica, Črnomelj or any other municipality along the border or along the so-called migrant route. There is a lot going on there, the safety of people and the property of the population is endangered there,« said Prime Minister Janez Janša. He added that the central Slovenian media do not report on the events on the migrant route, but they report if a police officer just looks at a cyclist ugly in the middle of Ljubljana and that this is a violation of human rights. »For the Slovenian government, the human rights and security of any citizen, regardless of where he lives, are equally important, and we therefore reiterate our appeal for seriousness and to ensure sufficient votes to activate Article 37.a of the Defense Act in the National Assembly,« stressed Prime Minister Janša.

»Due to the situation with COVID-19, which is becoming difficult, responsible and demanding, additional resources of the Slovenian police are needed here and these resources are limited. The police cannot be both on the tasks required by the COVID-19 situation and at the same time securing our southern border. If the conclusion or decision in terms of activation of Article 37.a would not have been adopted in the National Assembly, the Slovenian government has only one other option. And that is to ask for the help of the police of the partner countries in the Schengen area and with their help, as happened in 2015, consistently protect our southern border and the population along it,« concluded Prime Minister Janez Janša.