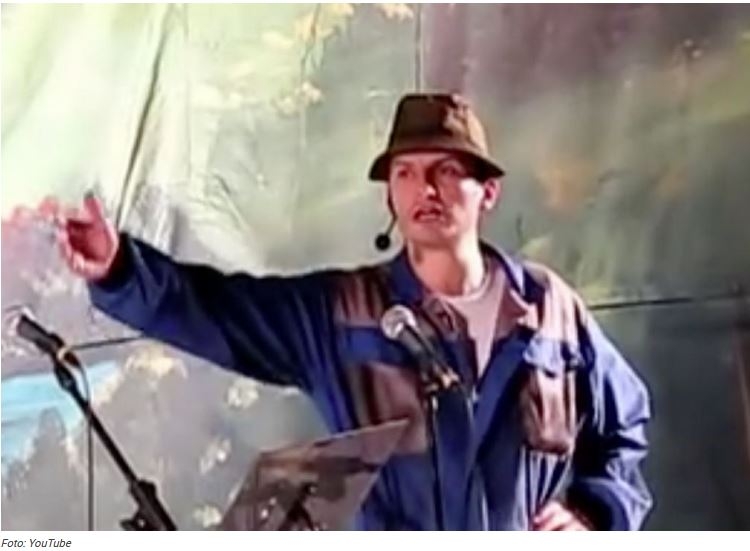 It is a new day and a new project by Marjan Šarec’s government, with which they want to further brainwash people. This time, the Orwellian Ministry of Labor, Family, Social Affairs and Equal Opportunities published a public call for co-financing projects in the field of equality between women and men for 2019, with which they want to draw attention to “violence during dating” and devote themselves to “working with boys for overcoming stereotypes”. Sounds familiar?

We may wonder if this tender, the object of which is supposed to be precisely the work with boys on overcoming stereotypes, also the consequence of various misogynistic statements about women made by former comedian – today Prime Minister Šarec.

The authorities stated in the tender: “For the purposes of this call, gender stereotypes mean a generalized and simplified perception of women and men and their social roles.” This call, as can be seen from the description, is so ideologically weighted that it is purely a waste of taxpayers’ money.

They argue that stereotypes are ubiquitous in an individual’s life and that we accept them as self-evident. “They represent one of the most persistent causes of gender inequality in society since they can, inter alia, influence key decisions on the interests, education and career paths of women and men”.

Here we should think for a moment, on what basis did the Ministry come to such claims at all? Serious research in this field, conducted in more than thirty countries around the world, has shown that the more equality there is in a society, the greater the gender gaps. In other words: in the countries where individuals had the option of choosing, the stereotypes, due to the very choices of men and women, have been further strengthened. A classic example – in India and Iran, the ratio between male and female computer programmers was 50-50, while in the Scandinavian countries, there was only one female programmer to nine male programmers.

50 Thousand Euros Down the Drain

From this point of view, it is immediately clear that these 50 thousand euros of taxpayers’ money are going down the drain. However, as is the habit among the leftists, they always make sure to take care of their own, while the Slovenian taxpayer pays one way or another.

From the very tender, it is clear that this is also an ideological attitude against boys, since only the work with boys for overcoming stereotypes is foreseen within it. If we use a little imagination and help with what we know from abroad, we can guess that this will be another series of meaningless preaches to teenagers about how the world is against women and why boys should support them.

The SMC Party’s Minister Ksenija Klampfer conceived also the initiative for addressing the violence during “dating”. It is not very clear whether they are for or against violence in the period described as “arranging for a date or socializing, socializing only, and throughout the whole duration of a relationship between a boy and a girl when they are a couple, yet they do not live in a common household”. Now, it is very nice that the Ministry has acknowledged that the couple can only be a boy and a girl. However, at the same time, the assumption that violence can only occur within a heterosexual couple is false and straightforwardly incomplete. Especially if we look at the statistics showing that lesbians are the most violent.

New Beginning for the SMC Party

In general, however, the next link of the SMC Party, between their taking over the traditional Ministry of the Social Democrats and their new initiative against violence, is an interesting one. Especially given the fact that Miro Cerar’s (SMC) government adopted the Istanbul Convention and signed the Marrakesh political agreement, while it was supposed to merely carry out ongoing business. We could say that the Ministry of Labor is preparing for the arrival of migrants, with whom they will have to work on breaking certain stereotypes. They will have to teach them, among other things, that if a woman is not covered, it does not mean that she can be raped by a group of men, or that they can decapitate her and share the clip online.

The details of the tender can be found on the Ministry’s website: Call for Proposals for co-financing projects in the field of equality between women and men for 2019.