The Biggest Investment Push in the History of Slovenia: More Than 2400 Government Projects From All Around Slovenia

The government of Janez Janša has shown that it understands that it is the municipalities that are the centre of Slovenia’s development. Numerous projects and programmes in Slovenia were co-financed with funds from the state budget and various European funds.

Promoting local development programmes helps to achieve the balanced development of urban centres and rural areas throughout the country in the long run. Out of 2416 currently active projects, as many as 2185 were co-financed by the EU funds. Namely, the amount of funds we have gotten from the European budget so far is 1,200 billion euros, while 6,760 billion euros have come from the state budget resources (realised and planned).

“This is the biggest investment push that Slovenia has ever been able to launch. After a few years, this will be the next step in the history of Slovenia’s development and based on it, the salaries and pensions will be higher, we will have better jobs, more investments, and a better business environment,” said Prime Minister Janez Janša at a recent press conference in Brdo pri Kranju. He added that Slovenia is building and will continue to build kindergartens, schools, sports halls, nursing homes, hospitals, nursing hospitals, health centres, roads, bike paths, water and sewage networks, energy facilities, flood protection facilities, and the government is also working on launching the construction of the second block of the nuclear power plant.

You can check the map that is available here to take a closer look at all the projects that the government has approved, planned, started to implement, or also completed during its term, at the municipal, inter-municipal, and national levels, with the date of implementation and the total value of the project. The collection is also regularly updated. 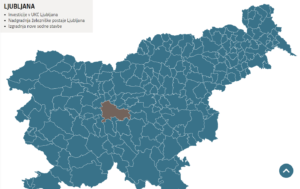 By: Petra Janša In a separate dissenting opinion, Constitutional Judge Rok Svetlič wrote, among other things, that “there is no such thing as the right...
Read more
Important

Alenka Jeraj: The current amendment to the Act on RTVS, which was adopted by the National Assembly, completely excludes viewers and listeners. So, they...

By: Lea Kalc Furlanič We talked with SDS MP Alenka Jeraj (on Friday, July 15th, 2022) about current topics in our society. We touched on...
Read more
Focus

By: Kavarna Hayek Deflation is good for the consumer and inflation is bad. I hope we can all agree on that. And the reason for...
Read more
Share
© © Nova obzorja d.o.o., 2021
Manage Cookie Consent
We use cookies to optimize our website and our service.
Manage options Manage services Manage vendors Read more about these purposes
View preferences
{title} {title} {title}
Go to mobile version