Jože Biščak: The War Against Us 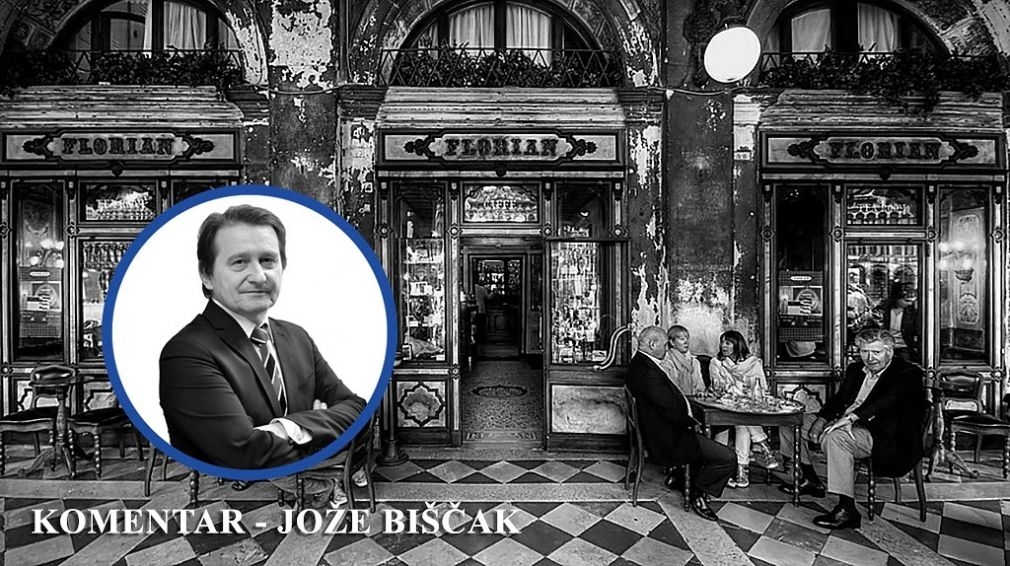 Personal, economic and political freedom are values we swear by at the Demokracija Magazine. These values stem from the freedom of speech. The opportunity and the right to give your opinion on all matters and speak freely, has enabled Western civilization to progress impetuously. Freedom of speech, however, does not only mean that you may speak, but that you should listen to others as well, even the ones that have diametrically opposite views from yours. Even if you think the ideas of the opposite side are bad, sometimes even harmful and offensive to you or a particular group, the freedom of speech is to confront such ideas with your own ideas and views and try to convince people of your own right. It is by no means acceptable to censor, ban, or physically and materially destroy the one you disagree with.

That is precisely what is happening to Demokracija’s Editorial Board. Since the left activists failed to convince people with their views, they began to act with immense brutality against the magazine a few weeks ago. Now it is no longer about confronting your ideological opponents with your opinions, or about the call for a boycott of the purchase of the Demokracija Magazine and its website, which would be legitimate from the point of view of freedom of speech, but it has become an outright war against us. They do not only send law enforcement to stop us (whatever that means), but it all started with the intimidation of our advertisers, on which the existence of the media depends. The founder of this campaign against us was none other than the public institution of RTV Slovenia, which, by definition, is a part of the public sector since its journalists or “journalists” are defined as public servants. The institution, which we are all forced to pay, is not on the market, like Demokracija is, but exists in the secure shelter of the RTV contribution, which means that it has money for its operations, regardless of whether it has ads or not.

All this is not even very important (because it is what it is and we got used to it, although the forced RTV contribution should not be self-evident for any free man), if, however, this was all there was. It is terrible that these public servants, who even call themselves in part investigative journalists, have set themselves the task of persuading advertisers with lies to not advertise in the Demokracija Magazine. They send out questions about why they advertise in a magazine that spreads “hateful content, including racism and homophobia”. This conclusion is exclusively their own, that is, their perception of the magazine’s writings. It is not by any means the perception of advertisers who, following this logic, would stop advertising long ago, and not only in Demokracija.

I do not want to teach anyone anything, but companies advertise in order to sell their product or service, thereby surviving on the market. They try to reach as many potential consumers as possible. In doing so, they are driven by economic interest. Advertisers (usually) do not identify themselves with the media’s content, and if they do advertise in some media, this does not mean that they support their editorial policy. For if this were the case, the companies would first stop advertising in the public institution of RTV Slovenia. The latter has become a kind of unofficial service for the spread of socialist ideas, including the extreme left ones that defend joint property, nationalization, a centrally planned economy, and the full control over the life of the individual. What does that mean? What does it mean when a company advertises in media that generally ignores private property? We often hear from the extremist speakers on national television and radio, we listen to their wise statements like letting entrepreneurs leave Slovenia is not a big deal. Does this mean that the owners of the advertisers are impressed by the fact that those socialists will expose them tomorrow and dispose of their property? Probably not. Because they have an economic interest in advertising. If they had any other interest, it could only mean that the company is co-financing its own destruction, its own suicide.

The advertisers must themselves decide whether they will let themselves be downgraded and ignored in such a way that they will do business with their owners to try to reach as many consumers as possible, and thus have a more successful business. They must be aware that if the left activists succeed in suppressing freedom of speech and in silencing different opinions, they will not stop there. The company owners and their property will be next in line and ultimately there will be complete control over the people, that is, the return to totalitarianism.

We should not be afraid of those who publicly present their views, although they are unacceptable to some. If we are scared of them, we become embroiled in our own prejudices. If we are unable to respond to their arguments, then there is nothing wrong with our interlocutor, who may be an ideological opponent, but there is something wrong with us. We should worry more about the real fascism that wants to prevent the public views and opinions by threatening (advertisers also) simply because they disagree with their opinions, find them insulting or simply dislikable. Regardless of everything, we must always be afraid of those who want to suppress a public debate and impose their own views onto others. These are the real fascists, these are the true tyrants, these are the true totalitarians. We at Demokracija certainly are not any of those. We have our world view on various topics: from the traditional family view, the illegal migration view, to our views on the Slovenian nation. We always listen carefully to others and oppose them exclusively with words. We are convinced that everyone has the right to say what he or she thinks on any subject matter. We think that we need to hear more, we need to hear more and more truths – which we can accept or oppose with words and arguments – in order to gain the experience and the wisdom that would lead to good decisions and solutions.

Freedom of speech is a fundamental right. More than that, it is the fundamental freedom. Limiting thoughts and the spread of ideas is a more serious restriction than being physically restrained. Whoever wants to limit freedom of speech, and that is exactly what they do on RTV Slovenia, wants to dominate the free individual and his will. Freedom of speech is crucial for economic and social development. This is proved by research and by history. The opinions were confronted, collided, and finally the best ideas came out. Freedom of speech is therefore not only a friendly expression of attitudes, but it is sometimes (a very tough) confrontation, which is essential for democracy and, consequently, the well-being of the people. A free individual must know what the ideas, attitudes and thoughts of another are. However, this is not done by restricting the freedom of speech of another or by destroying the other in one way or another, based only on some disagreement or because one feels threatened by the ideas of another. The search for safe shelter and assistance in the bosom of the state, as it is done by RTV Slovenia in recent times, as well as by the Society of Slovene Writers, the Slovenian Philanthropy and others, is a sign of their ‘rat’ character, their inability to confront the market in the battle of arguments and differing opinions with Demokracija.

I have written once and communicated it to the left activists, and I will say it again: you can file criminal complaints against me, accuse me, judge me, condemn me, send me to jail. But if you want to silence me, you will have to kill me. This should not be a difficult task for you, since you are indiscriminately using all the means for a pogrom against those who think differently. Freedom (of speech) is something that is worth fighting for. And I will continue to fight for it. If this battle is lost, there will be nothing left for the future.

By: Andrej Žitnik / Nova24tv After about a month of Golob’s debacles, the media is still talking almost exclusively about the Janša government. But since...
Read more
Columnists

By: Kavarna Hayek “Whoever thinks Janšism disappeared with Janša is damn wrong. It is here.” (Goran Lukič for Delo, July 3rd, 2022) Goran Lukić is a...
Read more

By: Kavarna Hayek “Whoever thinks Janšism disappeared with Janša is damn wrong. It is here.” (Goran Lukič for Delo, July 3rd, 2022) Goran Lukić is a...
Read more
Columnists

If Golob was Aleksandra Pivec

By: Lea Kalc Furlanič Double standards: Pivec was torn apart by the central media for a similar case, but Golob, as it seems so far,...
Read more
Columnists

By: dr. Metod Berlec “The celebration before the Statehood Day this time without fences and open to everyone,” we could read on the website 24ur.com...
Read more
Columnists

Economic mood is decreasing, drunk with victory on the road to trouble

By: Vida Kocjan The economic mood in the country is deteriorating, both on a monthly and annual basis in June. Confidence is lower in all...
Read more
Share
© © Nova obzorja d.o.o., 2021
Manage Cookie Consent
We use cookies to optimize our website and our service.
Manage options Manage services Manage vendors Read more about these purposes
View preferences
{title} {title} {title}
Go to mobile version