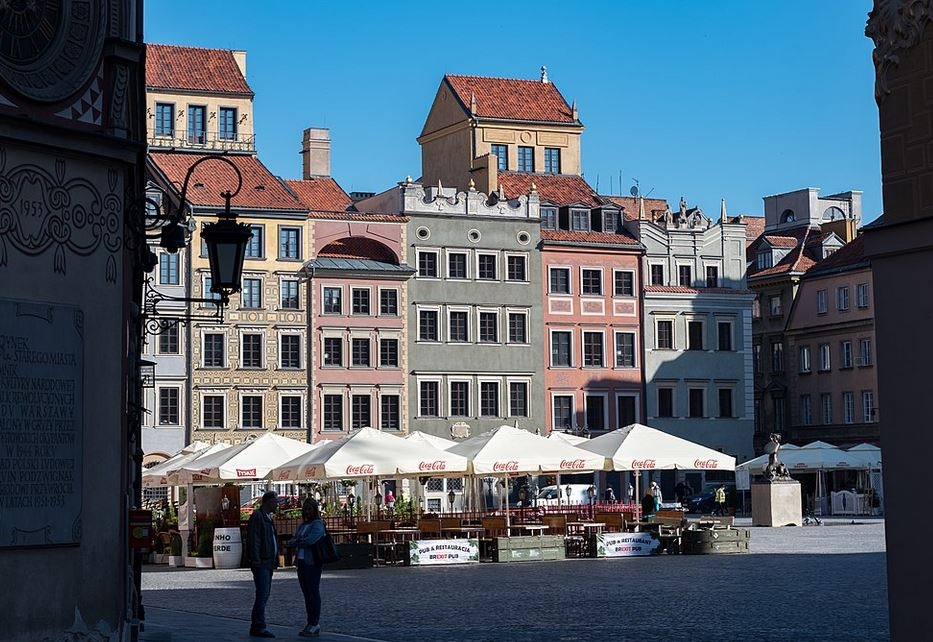 Poland’s governing Law and Justice (PiS) party will submit a motion to dismiss Katarina Barley, one of the Vice Presidents of the European Parliament (EP), over her statement on “starving out” Hungary, Polish MEP Ryszard Legutko said on Monday.

The motion will be tabled by Poland’s ruling PiS party – a member of the European Conservatives and Reformists group – at the EP Conference of Presidents on Tuesday, Mr Legutko told PAP, Poland’s state news agency. The MEP underlined that the use of the term aushungern (to starve out) “means a provocative humiliation for the Polish and Hungarian nations that have kept starvation alive in their memory,” PAP quoted from EP President David Sassoli’s letter, which is attached to the motion.

Mr Legutko, the head of PiS’s EP delegation, responded to Ms Barley’s recent interview with the German Deutschlandfunk public service radio, where – in connection with rule of law issues – the EP Vice President said that Viktor Orban should be “financially starved out” and it must be prevented that tax paid by European citizens is “disbursed to regimes such as Oban’s or Kaczynski’s”.

Pointing out that Ms Barley has not apologised for her words, Ryszard Legutko emphasized that no matter what the German politician thinks of the governments of Poland and Hungary, this “cannot justify her insensitivity and disrespect to two nations that have suffered for much of the 20th century”.

Mr Legutko called it doubtful that a motion to replace Barley, a member of the Progressive Alliance of Socialists and Democrats (S&D), the second largest EP-group, would enjoy majority support in the European Parliament. It is also possible that the petition gets rejected at an EP presidency meeting, but this would send a clear message that Ms Barley’s statements are not considered reprehensible by the groups forming the majority of the EP, the Polish lawmaker said.

Several leading Polish politicians demanded an official apology following Ms Barley’s statement last week. Deutschlandfunk asserted that the term “starvation” did not apply to Poland, but Michal Dworczyk, the head of the Polish Prime Minister’s Office, said the paper simply discredited its own reporting with that explanation.

Speaking to the conservative wpolityce.pl news site on Saturday, Polish PM Mateusz Morawiecki stressed that “these are shameful words that should never have left the mouth of the European Parliament’s German vice president of.” Mr Morawiecki added that such comments coming from a German politician are tantamount to a diplomatic scandal.

“It is absolutely reprehensible,” the Polish prime minister said, adding that Germany should remember the famine, genocide and tragedies it is responsible for. He emphasized that both Hungary and Poland had the same rights in the EU as Germany.

By: V4 Agency The Hungarian political left cannot overcome its hunger for power and is behaving in a way that is unparalleled anywhere else in...
Read more
Culture

By: J.S., STA The government adopted changes to the act on service in the Slovenian armed forces, aiming to address long-standing issues pertaining to labour...
Read more
Slovenia

By: P.T., STA More than 10,000 unemployed who have lost their job since the coronavirus epidemic was first declared in the country over a year...
Read more

By: V4 Agency The Hungarian political left cannot overcome its hunger for power and is behaving in a way that is unparalleled anywhere else in...
Read more
World

By: V4 Agency The artwork will be installed above the entrance of the teacher's school and is expected to be unveiled on the first anniversary...
Read more
World

By: V4 Agency The Milan school cooperative has raised objections against forcing Ramadan rules on children, arguing that the day-long fasting has a negative impact...
Read more
World