Screenshot of a video that came out earlier from the shooting in Vienna. In the image is one of possibly 3 shooters. (Photo: PrintScreen / Twitter)

Police were searching for at least one attacker who was still at large, the interior minister said.

A woman was beheaded and three other people killed in a knife attack at Nice Notre-Dame Basilica on October 29.

A photo shows Bahrain lying on the ground bleeding and being treated by a paramedic. Bahrain is currently hospitalized. Doctors are fighting for his life there. (Photo: Twitter)

History teacher Samuel Paty was decapitated for showing cartoons of the Prophet Muhammad in a civics class discussion on free speech on October 16.

He became the subject of an online hate campaign over his choice of lesson material – the same images which unleashed a bloody assault by Islamist gunmen on the offices of satirical magazine Charlie Hebdo five years ago.

The teacher reportedly beheaded in an Islamist terror attack in a Paris suburb has been named as Samuel Paty. (Photo: Twitter)

The father of one of Paty’s pupils, who started the social media campaign even though his daughter was not in class when the cartoons were shown, is among seven people charged over the attack.

He had exchanged messages with the killer, 18-year-old Chechnya-born Abdullakh Anzorov, via WhatsApp in the days leading up to the murder.

One German tourist was stabbed to death and another injured in an attack in Dresden on October 4.

He was previously  jailed for two years and nine months in 2018 as an 18-year-old and was released from jail just five days before he allegedly attacked and wounded the visitors from western Germany in downtown Dresden.

Two people were stabbed with a meat cleaver in Paris on September 25 this year.

The attack happened near the former offices of the Charlie Hebdo satirical magazine, where Islamist militants carried out a deadly attack in 2015.

The main suspect is said to be an 18-year-old called Ali, who was known to the police, while the second man was described as a 33-year-old Algerian.

He went on a rampage in south London, stabbing a man in his 40s in the stomach and a female cyclist in her 50s in the back, though both survived. 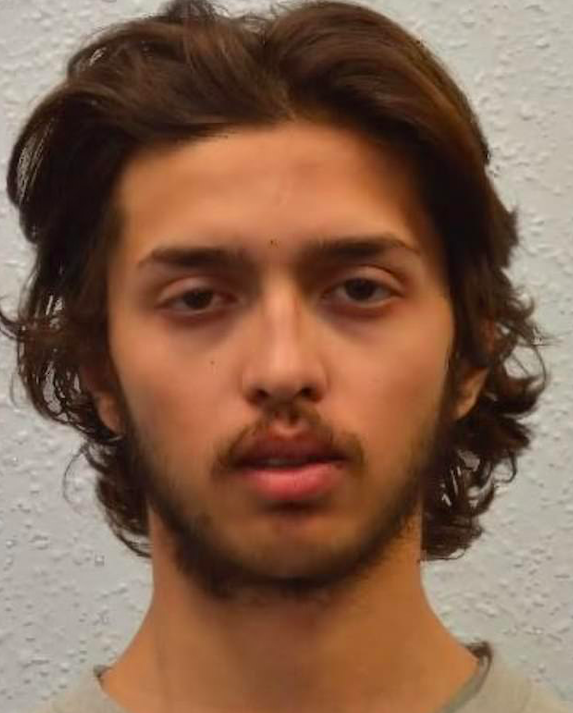 Amman, from Harrow, was automatically released from prison just a few days before the attack.

He was jailed for three years and four months in December 2018 after he pleaded guilty to possessing and distributing terrorist documents.

The then-18-year-old fantasised about carrying out a terror attack with a blade or with acid while riding a moped and also shared Al Qaeda propaganda on a WhatsApp group used by his family.

Khan, who was armed with two knives and wore a fake suicide vest, was tackled by members of the public with a narwhal tusk, a decorative pike and fire extinguisher.

A bystander of the terror attack is seen attempting to fight off Usman Khan with a narwhal tusk on London Bridge, Khan was later shot dead by police on the bridge. (Photo: PrintScreen/Twitter)

The attacker, who had been living alone in Stafford, was then shot dead by police on London Bridge.

Anti-Semite Stephan Balliet, 28, allegedly shot dead Jana Lange, 40, who witnessed him struggling to get into a synagogue in 2019.

He also shot 20-year-old football fan Kevin S, who had been working at a building site nearby, a court heard.

A gunman injured one man when he opened fire on the Al-Noor Islamic Centre, just outside of Oslo.

Philip Manshaus, a 21-year-old Norwegian, was sentenced to 21 years in prison for terrorism and murder.

He is also accused of killing his younger stepsister while she slept in her bed. She suffered a gunshot to her chest and three bullets to her head.

Thirteen people – including a young girl – were wounded after nail bomb went off outside a bakery in Lyon on May 24.

A 24-year-old man was arrested and police at the time said he was a suspect bomber.

He had been the target of an extensive manhunt after the explosive device was placed in front of the bakery near the corner of two crowded pedestrian streets in the historic centre of Lyon.

Thirteen people were wounded in the blast – eight women, four men and a 10-year-old girl – of whom 11 needed hospital treatment.

Gokmen Tanis, 38, shot four people dead in a gun attack on a Dutch tram on March 18.

He was jailed for life after being found guilty of murder with a terrorist motive over an attack on a tram near Utrech central station.

Tanis carried out his attack by shooting people from close range with a silenced pistol on a tram in the Dutch city around 10.45am. 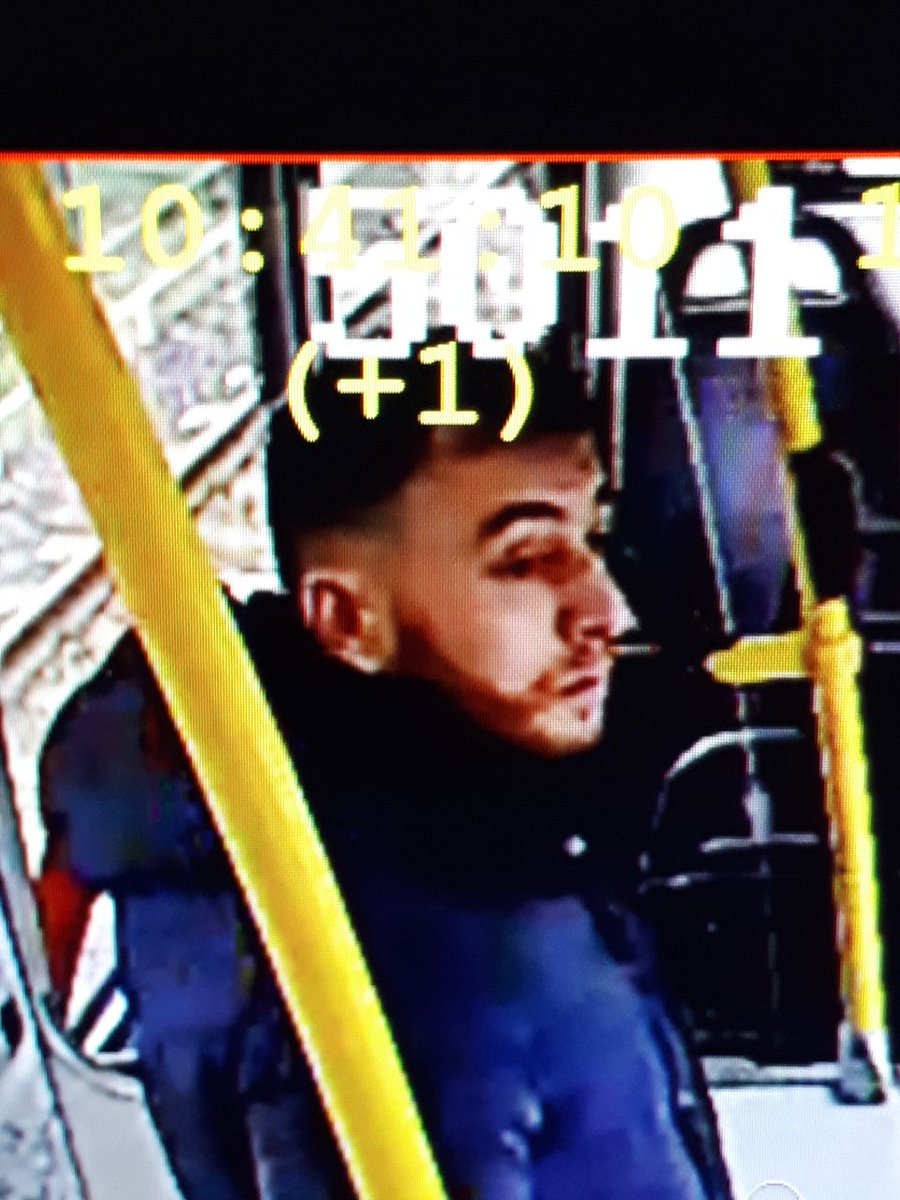 Recent violent attacks by radicalised mentally ill people are ‘impossible to distinguish’ from terrorism, a new report by Europol has warned. Gokmen Tanis (above), 38, who shot four people dead on a tram in Utrecht, Netherlands, on March 18, 2019, was convicted for terrorism. (Photo: PrintScreen/SecurityCamera)

Several people reported hearing Tanis shouting ‘Allahu Akbar’ as he fired the shots, while he also left behind a note in a stolen car which said ‘I’m doing this for my belief. You are killing Muslims.

Interior designer and bodybuilder Jens Ruther, 48, drove a van into a group of people sitting outside a restaurant in the old city centre of Muenster in Germany.

He killed two in the attack before shooting himself.

Radouane Lakdim went on a rampage through Carcassonne and Trebes that saw him hold up a car, fire on police and take hostages in a supermarket, screaming ‘Allahu Akbar’. Security forces then stormed the building and killed him.

Jean Mazieres, 60, was killed by Lakdim during the carjacking; Christian Medves, 50, was shot in the supermarket, where he worked as a butcher; and construction worker Herve Sosna, 65, was a customer in the supermarket.

Three attackers rammed a van into pedestrians on London Bridge then stabbed revellers in nearby bars, killing eight people and injuring at least 48.

Salman Abedi kills 22 children and adults and wounds 59 at crowded Manchester arena, as crowds begin to leave a concert by US singer Ariana Grande.

Khalid Masood, 52, drove a 4×4 vehicle at pedestrians at speeds of up to 76mph on Westminster bridge.

He then stabbed PC Keith Palmer to death which the officer was guarding the main vehicle entrance to parliament.

Six people died – including Masood who was shot by a police officer – and at least 20 were injured in what police called a ‘marauding terrorist attack’. The truck’s original driver Łukasz Urban was found dead in the passenger seat after he was shot.

The vehicle’s automatic breaks eventually stopped the attacker – who was then killed four days later in a shoot out.

Adel Kermiche and Abdel Malik Petitjean – both 19 – killed 85-year-old priest Jacques Hamel with a blade and seriously wounded one other hostage in a church in northern France before being shot dead by French police.

The two hostage-takers had pledged allegiance to Islamic State. They were shot dead when trying to leave the church.

David Ali Sonboly, 18, shot dead nine people at a Munich shopping mall before turning the gun on himself, having spent a year planning the rampage.

Police said the German-Iranian teen was ‘obsessed’ with mass murderers such Norwegian right-wing fanatic Anders Behring Breivik and had no links to the Islamic State (IS) group. 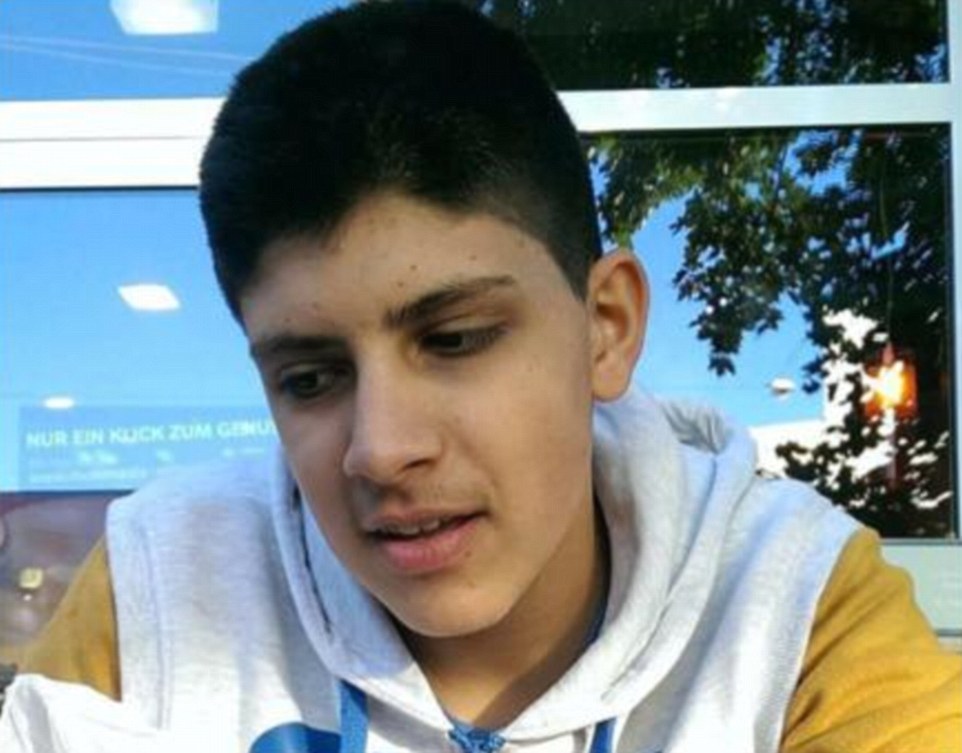 The attack was carried out on the fifth anniversary of twin attacks by Norwegian mass murderer Breivik that killed 77 people.

On Bastille Day Tunisian-born local Mohamed Lahouaiej-Bouhlel drove a 19-tonne truck into a crowd celebrating the national holiday on the Promenade des Anglais.

A total of 86 people were killed, and some 434 were injured in the terrorist atrocity. Lahouaiej-Bouhlel suffered from psychiatric problems, but he claimed a loose affiliation to ISIS before carrying out the crime, which ended with him also being shot dead.

Three Islamic State suicide bombers, all Belgian nationals, blew themselves up at Brussels airport and in a metro train in the Belgian capital, killing 32 people. At least 300 people were injured.

Police found links with attacks in Paris the previous November.

Paris is rocked by multiple, near simultaneous gun-and-bomb attacks on entertainment sites around the city, in which 130 people die and 368 are wounded. Islamic State claimed responsibility.

Two of the 10 known perpetrators were Belgian citizens and three others were French.

By: P.T., STA Two more Romanian lynxes arrived in Slovenia the past weekend as part of the international Life Lynx project after one arrived in...
Read more
Sport

By: J.S.,STA The Slovenian Olympic torch will pass through all Slovenian municipalities between 3 May and 23 July, as over 5,000 runners will carry the...
Read more
Focus

By: UKOM A joint letter of Slovenian Foreign Minister Anže Logar and his Portuguese counterpart Augusto Santos Silva has been published in today’s edition of...
Read more