With a “soft” coup d’etat, the deep state wants to appoint the favourite of Forum 21, Jože P. Damijan, as the formateur who would save the business of Stojan Petrič. Stojan Petrič appears as a coordinator in the conspiracy against the democratically 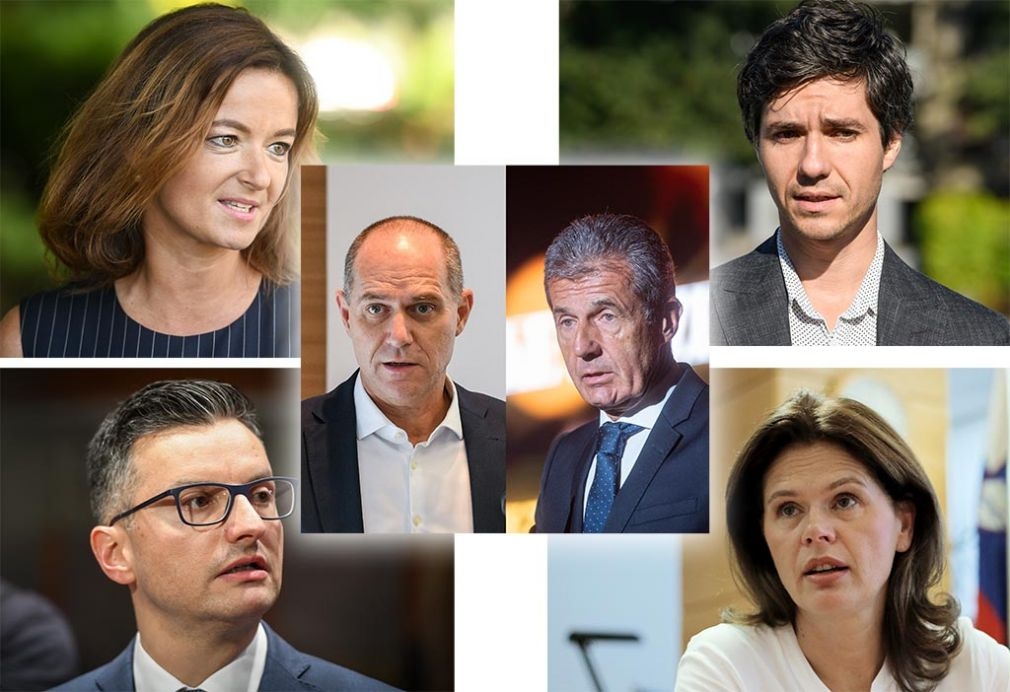 The coordinator of the action is the Idrija tycoon Stojan Petri and the goal of the “soft” coup d’etat are public infrastructure projects, which the elected representatives of the transitional left are losing. According to our unofficial sources, the goal of conspirators and opposition parties are not early elections.

If the left-wing opposition parties really agreed that Jože P. Damijan could be the formateur, this could only mean one thing: not only that hatred towards the right and Janez Janša, but also towards the center-right is so great that they are ready to swallow their pride, especially Marjan Šarec, who is already picturing himself as the Prime Minister again. Interestingly, Jože Damijan has been considered the house economist of the Left for some time. Thus it is clear who would actually lead the government. At the same time, this means that Milan Kučan, who has often expressed sympathy for both Damijan (a favourite of Forum 21) and the Left, is not far away. In fact, it is clear that preparations for the coup d’etat – one cannot name it differently – are being planned in Murgle. Which, of course, is nothing new.

It is not surprising that Stojan Petrič, a loyal supporter of the deep state, got involved and, as it now seems, is coordinating the political coup campaign with a formateur. Only a technical government could ensure he is the one contracted to build the second rail track (and whatnot) as it would make allowances for him. Petrič and Kolektor are usually too expensive in public tenders, yet they still get the job. As the centre-right government put an end to this, Petrič’s ruin is inevitable. However, Jože P. Damijan always supported him with analyses, that usually “scientifically” explained why the state should choose more expensive domestic tycoons over (otherwise cheaper) foreign contractors.

Two other elderly economists joined the campaign: Franček Drenovec and Jože Mencinger. A few days ago, Drenovec attacked Janša’s government in Petrič’s Delo. He labelled the completely normal and democratic change of power in March (following Marjan Šarec’s resignation) a “political coup”. Today, on the RTV Slovenia portal, Mencinger warned about foreign capital and exploitation of the crisis for political purposes by the current government. In short, it is a synchronised and coordinated new attack on the centre-right government, which they want to overthrow at all costs. Their goal is not as much new elections as it is gaining power with a formateur and appropriating European funds and public (infrastructure) tenders.

An article was published in Petrič’s newspaper Delo with the message “we have found a saviour” for the Slovenian economy referring to Jože P. Damijan. The presidents of the opposition left-wing parties are also expected to announce this at a special press conference. The deep state is allegedly pressuring individuals from SMC to join the project, as well as Desus, especially if Igor Šoltes, the grandson of the communist criminal Edvard Kardelj, is in the running for President.

A new media offensive against the government and the promotion of Jože P. Damijan is planned in the coming days.

Exponential growth of the epidemiological curve is stopping

By: UKOM Yesterday’s press conference on the current situation regarding COVID-19 was attended by Mateja Logar, the Head of the Advisory Group of the Ministry...
Read more
World

By A.S. A horrendous attack happened in March in the German city Elienburg on the regional president of the youth wing of the German...
Read more
Focus

Pandemic rules do not apply to illegal migrants

By: V4 Agency In Milan, where iIllegal mosques are springing up by the dozen, hundreds tend to gather in defiance of pandemic-related restrictions. "Even before the...
Read more
World

By: V4 Agency Matteo Salvini outlined his post-election plans and discussed his court trial in Catania in a brief interview. When a centre-right coalition government is...
Read more

Pandemic rules do not apply to illegal migrants

By: V4 Agency In Milan, where iIllegal mosques are springing up by the dozen, hundreds tend to gather in defiance of pandemic-related restrictions. "Even before the...
Read more
Focus

Leftists went crazy over racist graffiti on campus, then fell silent when police discovered the perpetrator was a black student

By: Janja Strah Inscriptions appeared on the walls of a dormitory in Albion, Michigan, on Good Friday that leftists and other progressives called racist. More...
Read more
Focus

By: V4 Agency The small town near the border has been inundated with immigrants. As the reception centres filled up, with the support of intruding...
Read more
Focus

By: J.S., STA Slovenia recorded 548 new cases of coronavirus on Saturday. The positive cases, which were down almost 24% on last Saturday, came from...
Read more