Minister Hojs: The powers of the police are very limited even under the new law on infectious diseases 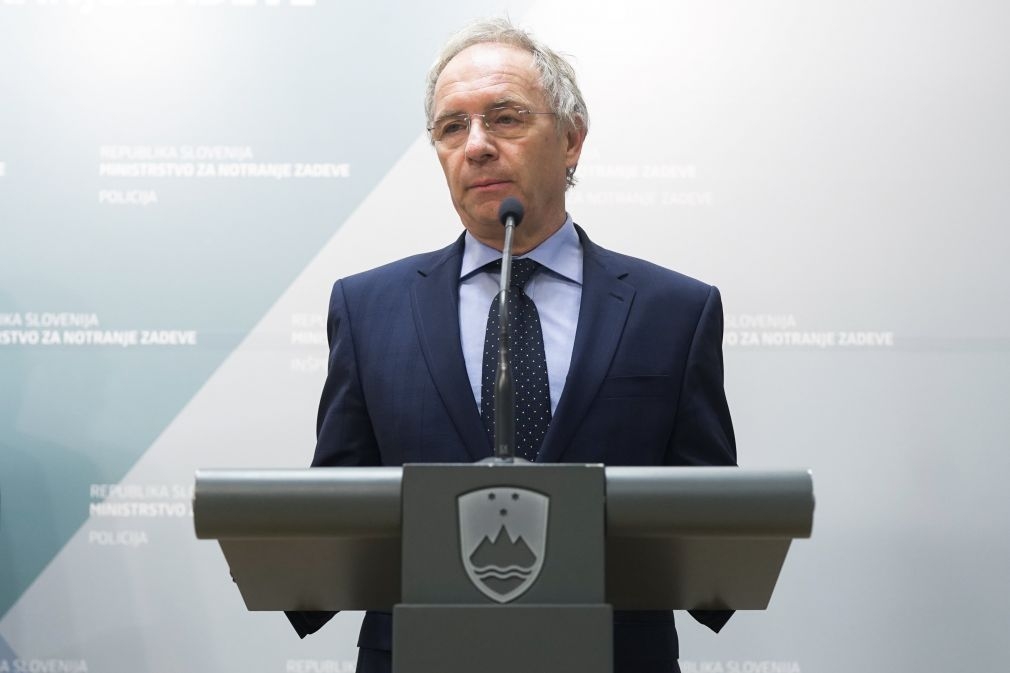 According to Interior Minister Aleš Hojs, the possible adoption of a new law on infectious diseases does not mean that the police will act illegally. Options available to the police under the new law will be extremely limited and strict, he said, and will apply only to exceptional circumstances – when the spread of the disease cannot be curbed otherwise.

The Ministry of Health submitted the bill on infectious diseases for public discussion on 21 August and it is currently accepting comments and suggestions regarding the new bill until the end of the month. According to the proposal, unvaccinated children could not be included in publicly funded kindergartens and some secondary and higher schools and faculties. The bill also proposes new regulations regarding epidemiological monitoring of infectious diseases and infections as well as definition of the types of quarantine.

So far, several concerns have arisen regarding Article 48 of the bill, which allows more stringent measures to be implemented if the spread of infectious diseases cannot be curbed with any other action. For example, one of the new measures could include restrictions on socializing on private premises.

After the ceremony marking the 30th anniversary of the meeting of the key players in the formation of the national defense maneuvering structure in Pristava nad Stično, Interior Minister Hojs commented on these concerns, but reminded that the bill falls within the jurisdiction of the Ministry of Health.

According to Hojs, the existing legislation already enables the police to enter private premises in exceptional cases, for example in the event of a life-threatening situation. However, during the epidemic coronavirus they realized that some decrees, which should apply to private premises, were unenforceable.

The Minister of Interior believes that the Ministry of Health or the government will have considered the comments on the proposed bill. Hojs also reminded that in the end, the proposed bill will be approved by the Slovenian Parliament anyway. “What will be the final content of this law is decided by the members of Parliament,” he added.

As regards the provisions which, in exceptional circumstances, allow the surrender of vehicles or private premises for medical purposes, Hojs recalled that this was also necessary during the process of Slovenian independence. “It was necessary to take someone’s car, confiscate someone’s truck, to secure our independence, because of the aggressor’s invasion,” he recalled.

Hojs also commented on the current situation at the border, where the authorities issue hundreds and, on weekends, 1000 or more quarantine decrees. He described the situation as dramatic, but added he believes that the strict measures have helped to contain infections. He hopes that the number of new infections will start to decline soon.

By: P.T., STA Two more Romanian lynxes arrived in Slovenia the past weekend as part of the international Life Lynx project after one arrived in...
Read more
Sport

By: J.S.,STA The Slovenian Olympic torch will pass through all Slovenian municipalities between 3 May and 23 July, as over 5,000 runners will carry the...
Read more
Focus

By: UKOM A joint letter of Slovenian Foreign Minister Anže Logar and his Portuguese counterpart Augusto Santos Silva has been published in today’s edition of...
Read more

By: UKOM A joint letter of Slovenian Foreign Minister Anže Logar and his Portuguese counterpart Augusto Santos Silva has been published in today’s edition of...
Read more
Focus

Mateja Logar: We should follow the measures that can be taken at the individual level

By: UKOM Yesterday press conference on the current situation regarding COVID-19 was held by the head of the advisory group at the Ministry of Health...
Read more
Focus