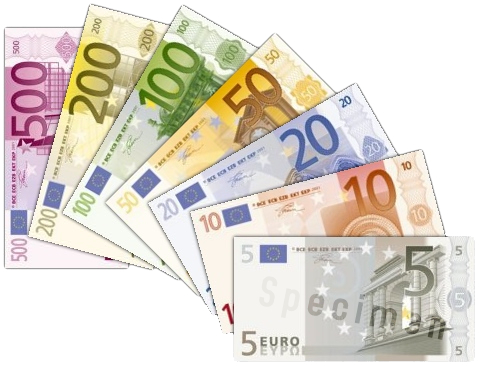 Prime Minister Janez Janša said Slovenia was pleased with the outcome of the EU budget talks as EU leaders wrapped up negotiations Tuesday morning on a new multi-annual financial framework and post-coronavirus recovery fund. He stressed that its share of the funding, EUR 10.5 billion, is the highest it has ever got.

Coming out of marathon talks on Tuesday morning, Janša said the deal, which puts the EU’s budget for the next seven-year period at EUR 1.07 trillion and puts in place a post-coronavirus recovery facility of EUR 750 billion, was a great achievement and a “robust response” to the crisis.

The deal instils optimism before the autumn and the continuation of the epidemic. “After the outbreak of the pandemic one could almost give up on the EU. We’re all glad that bright moments have also come. This agreement is certainly one such moment.”

Janša stressed that Slovenia was eligible for EUR 10.5 billion over the next seven years, of which EUR 6.6 billion in grants, and had realised its strategic objective of achieving agreement while securing all the key negotiating goals.

Slovenia is estimated to receive EUR 2.9 billion in cohesion policy funds in its national envelope.

Janša stressed that in the final stages of the talks, it had also secured an additional EUR 350 million for the western cohesion region, the more developed of the two cohesion regions, which had potentially faced a significant decline in funding due to its level of development.

That way, Slovenia has managed to secure cohesion policy funding that is comparable with the funds available in 2014-2020.

The eastern cohesion region will be eligible for 13% more funds than it is currently receiving.

Slovenia will have EUR 1.6 billion in Common Agriculture Policy funding available, an amount that is comparable in nominal terms with the existing financial framework and marks a significant improvement over the EU Commission’s initial proposal. This includes a special allocation worth EUR 50 million.

Slovenia will also be eligible for an additional EUR 2.1 billion in grants from the EUR 750 billion recovery fund plus EUR 3.6 billion in loans under this facility.

As Janša pointed out, Slovenia thus remained a net recipient of EU funds, both in the framework of the seven-year budget and the recovery fund.

Speaking after his third EU budget talks after 2005 and 2013, Janša said these negotiations were different than in the past in that the EU is different post-Brexit.

The balance of power is different and new balances are emerging, which has contributed towards the talks lasting so long. This is not necessarily bad since it creates room for manoeuvre for smaller countries, he said.

All in all, Janša said this was probably the best outcome Slovenia has ever achieved in budget talks considering its position and relative level of development.

He noted that it had been expected in the 2013 budget talks that Slovenia would become a net contributor to the EU budget by now, but it still remains a net recipient of funds.

Slovenia has always had problems drawing the funds, which is why the government is now trying to better prepare. It will hold a working meeting on Wednesday to talk about securing additional capacities so the funds are spent as soon and as best as possible.

The summit agreement also requires a national recovery plan, which he said would be “the hard part of the job”. “Being aware of this challenge, we’ll tackle it immediately, as early as tomorrow.”

Janša also commented on rebates for net contributors, noting that this was the price to pay for the recovery facility since the four countries that have these rebates had initially been opposed to non-refundable funds.

By: Uroš Gabrijelčič It will soon be a year since the beginning of the epidemic with a disease called COVID-19, and about the same...
Read more
Focus

By A.S. French right-wing politician, the father of Marine Le Pen, Jean-Marie Le Pen, has beat the COVID-19 virus at the age of 92. While...
Read more
Focus

Republican congresswoman sued because she blocked a Democrat on Twitter