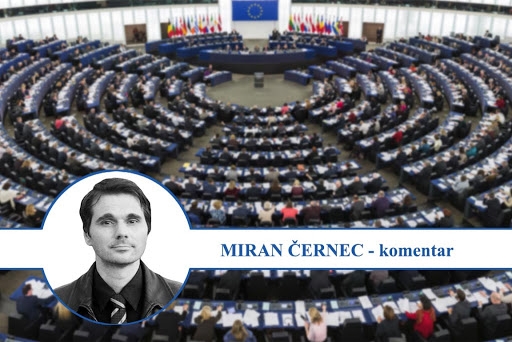 We hear more and more often that authoritarian rulers are supposedly threatening around the Slovenia. This is really awful. However, it is also true that I have not personally met anyone and I have a slight doubt, that we Slovenes are so lucky that anything like this could ever settle in our land – but never say never and maybe the people from Kranjska will have time in this regard.

The history of Christian Europe, from the kings of the Spanish Reconquista to Andrej Turjaški and Jan Sobieski, teaches us, that authoritarian rulers once really existed, but that they have their own criteria and as a rule, ruled only the peoples who deserve it. The trick is that the best authoritarian rulers always base their authoritarian rule on the widest possible support and for the good of the nation they rule; it is a kind of symbiosis, in which the ruler actually does, what people expect of him and the people let him rule – because if people go under authoritarian rule better, than they did under non-authoritarian rule, they actually have nothing to complain about.

So, if there are any candidates for authoritarian rulers in Slovenia by chance – and of course I repeat that I don’t know any of them personally – here are 5 concrete tips, for what to do in order to be popular with the widest possible masses of Slovenes: 1. abolish mandatory RTV fee; 2. halve fines for traffic offenses; 3. halve the prices of vignettes for motorways in the Republic of Slovenia; 4. drastically increase financial incentives for young Slovenian families; 5. abolish state funding of anti-Slovenian NGOs. The list could certainly be even longer, but for starters it will probably suffice to keep the wolf full and the goat whole; the authoritarian ruler will get the support of the broad masses of the people and the latter the feeling, that after 75 years, someone up there may still care about them again. So that’s the way it is – authoritarianism in itself isn’t necessarily a bad thing, but if we’re going to go for it, let’s at least have one with a human face.

Police salaries – What is true and what is not

By: Dr. Vinko Gorenak A few days ago, I wrote about the strike of the Police Trade Union of Slovenia (PSS) – “mostly boss union”,...
Read more
Columnists

By: Matej Zorko The virus does not exist. There is no scientific evidence. The measures are unnecessary. They will destroy the country. They chip us...
Read more