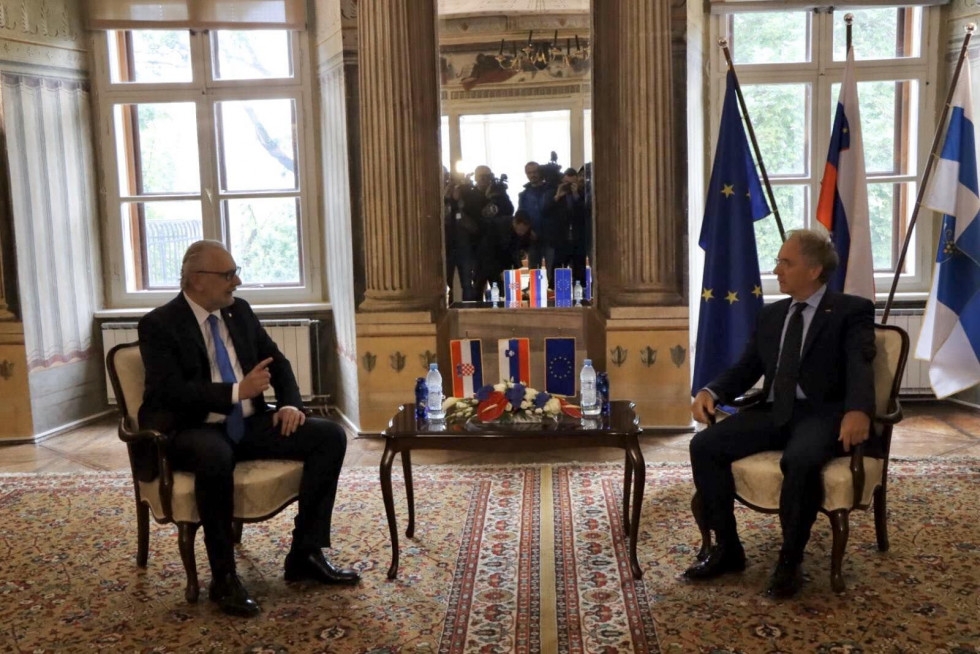 Slovenian minister Aleš Hojs stated that the meeting was highly constructive and should contribute to Slovenian nationals being able to cross the state border between Slovenia and Croatia more freely as soon as in upcoming days or weeks.

Slovenian minister of the Interior Aleš Hojs said: »Croatian minister informed me that procedures currently being carried out on the Slovenian-Croatian state border are done so as a consequence of their epidemiologists still assessing that entries of foreign nationals into Croatia, which includes Slovenian nationals travelling to their lots in campsites, their real estate properties, or other of their movements, must continue to be kept under surveillance. It is with this goal that the control regime of collecting the minimum of address and a contact from travellers crossing the border has been put in place.«

Unlike Slovenian part of the public that with the Corona Act explicitly and very vocally opposed for Slovenian police to be allowed to collect data about where and how persons are staying in quarantine, Croatian side does not have such a problem. Croatia is aware the time of epidemic requires relatively strict and clear surveillance of quarantined persons. For this very reason Croatia wishes to continue having such surveillance in place while the epidemic is still declared.

»I informed the minister that Slovenia, as of yesterday, has called an end to the epidemic. The epidemic shall remain in place until 31 May 2020, which however does not mean that protective and other necessary measures shall not remain in place in order to prevent potential new wave of epidemic.«

Ministers also agreed that in the upcoming days, police forces of both countries are to additionally agree on the methods of crossing the state border. Slovenian minister Aleš Hojs was certain that with the option of communicating where and when they are travelling and going to be staying in advance, crossing the border shall be considerably quicker for Slovenian nationals in the coming days.

Ministers also talked about migration issues. Slovenian minister of the Interior Aleš Hojs underlined that cooperation of polices of both countries in the area of illegal migrations is very good. As Croatian Minister Davor Božinović reassured, returning the migrants who are illegally crossing the border without declaring clear intention of filing for international protection or wishing to do so in Slovenia, is not problematic.

Ministers discussed future steps regarding Republic of Croatia’s joining the Schengen system. Slovenian minister Aleš Hojs repeated Slovenia’s stand point that all technical conditions need to be provided in order for Croatia to be able to join. Slovenian minister also told that his Croatian counterpart Davor Božinović gave his assurances that Croatia has largely fulfilled the technical conditions. It is in the interest of the Republic of Slovenia for the Schengen border to be moved, that is, shifted, to the border between the Republic of Croatia and Republic of Serbia in reasonable time. »I have however also informed the minister that in case control of the future external border should not take place as expected, Slovenia shall at all times be ready and re-introduce all controls necessary at any such time.«

By: P.T., STA The Agency for Medicinal Products and Medical Devices told the STA its inspections had so far not detected any risks to public...
Read more
Slovenia

Slovenia’s donation to the WHO

By: gov.si Slovenian Permanent Representative to the UN in Geneva Ambassador Sabina R. Stadler handed over today a high-tech disinfection system, to the World Health...
Read more
Must read

Pipistrel looks back on best business year yet

By: P.T., STA The shareholders of state-owned telecoms operator Telekom Slovenije appointed four new members of the supervisory board and changed the articles of association. These...
Read more