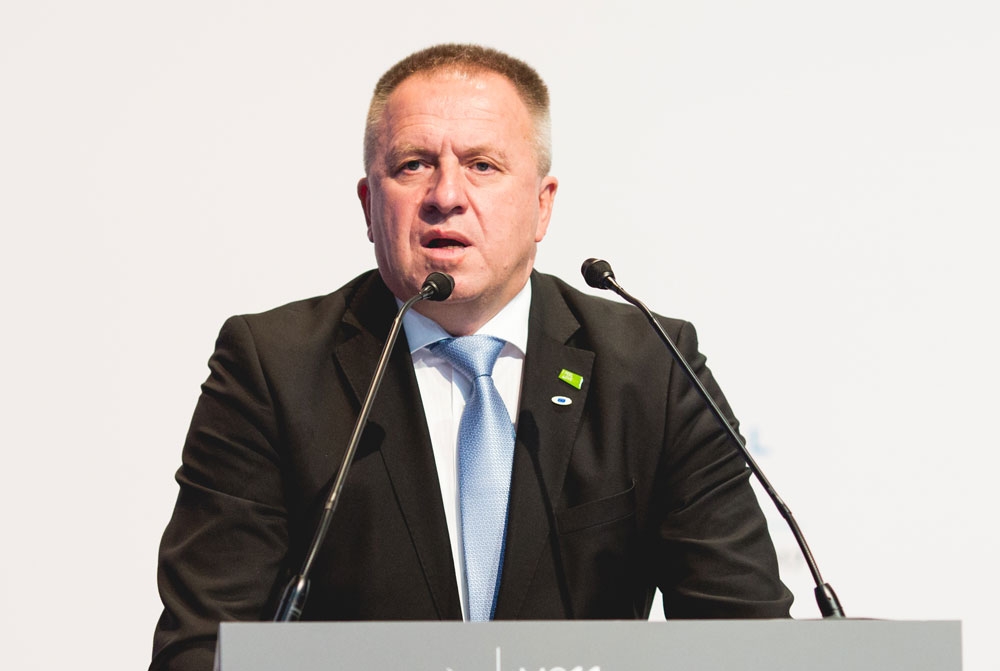 Economy Minister Zdravko Počivalšek is moderately optimistic about the prospects of securing good and coordinated standards of anti-coronavirus measures in tourism. He has rejected concerns about possible discrimination based on passport, while calling for border-crossing protocol to be established relative to the epidemiological situation.

Počivalšek said this at Monday’s videoconference of the EU ministers in charge of tourism, which comes after PM Janez Janša called at the EU summit last Thursday for a joint corona-standard for tourism facilities and services to be established.

The economy minister also noted that Slovenia advocated coordinated standards for the period after the end of the pandemic was declared, and more long-term standards, for example in the hotel organisation system.

Slovenia has already come up with a system, and would like to coordinate it with the neighbouring countries and broader at the EU level, Počivalšek told Slovenian correspondents in Brussels over the phone.

He believes that coordinated standards are also important for the drafting of the third national anti-corona legislative package, which will be focused on tourism, in which 70% of the revenue is generated by foreign guests.

The minister sees Slovenia’s advantage in that it is not a destination for mass tourism, which will experience most of the difficulties. He also sees a solution in encouraging Slovenians to explore their own country, which is a destination for year-round tourism.

Počivalšek has rejected concerns about possible discrimination in tourism based on passport, but he also stressed that, as the tourism sector was being opened, it would be taken into account how individual countries handled the coronavirus crisis.

He assessed the situation in Slovenia as satisfactory, as it is a good foundation to start “flirting with relaxing measures in the field of tourism a little bit more courageously.”

As the largest number of guests come from Italy, Slovenia will have to be reserved a bit and seek proof that the crisis in Italy has been managed. Slovenia is also interested in opening up to Austria and Germany as soon as possible, Počivalšek said.

As for Croatia, the minister noted that 110,000 Slovenians owned real estate in Croatia. He announced that he would speak on Wednesday with Croatian Tourism Minister Gari Cappelli, but not about “Slovenia saving Croatian tourism.”

Počivalšek expects that the tourism sector will be restructured and prices adjusted to the situation, and he does not expect prices to increase.

He noted that, on Slovenia’s initiative, sustainable tourism would be one of the topics of the next EU presiding trio of Germany, Portugal and Slovenia.

Slovenia supports the establishment of an informal platform for monitoring measures taken by EU member states in tourism, Počivalšek said, adding that today’s conference heard much criticism against what is perceived as a too vague response from the European Commission.

Regarding financial support for the tourism sector, the minister hopes that financing will be available through the European Investment Bank (EIB), while also believing that coronabonds would be helpful for the entire economy, including tourism.

By: gov.si Yesterday’s press conference on the current situation with regard to COVID-19 was attended by Director of the Maribor Unit of the National Institute...
Read more
Focus

By: gov.si The year 2021 is an anniversary for Slovenia and for Slovenes at home and abroad who will celebrate the 30th anniversary of the...
Read more

KUL spin after Erjavec’s withdrawal: Fajon and Šarec are already bending the long-known rules of the game

By: Sara Rančigaj As the filing of a no confidence vote led by Karl Erjavec failed, the aforementioned withdrawal of the candidacy became a playing...
Read more
Slovenia

By: J.S., STA Slovenia is to take over the management of its pavilion at Expo Dubai next week on the sidelines of Economy Minister Zdravko...
Read more
Slovenia

Slovenia with highest construction growth in EU in November

By: G.I.,STA Slovenia recorded the highest growth in construction works in the EU in November, both on the monthly and annual levels, show Eurostat data. Slovenia's...
Read more
Slovenia