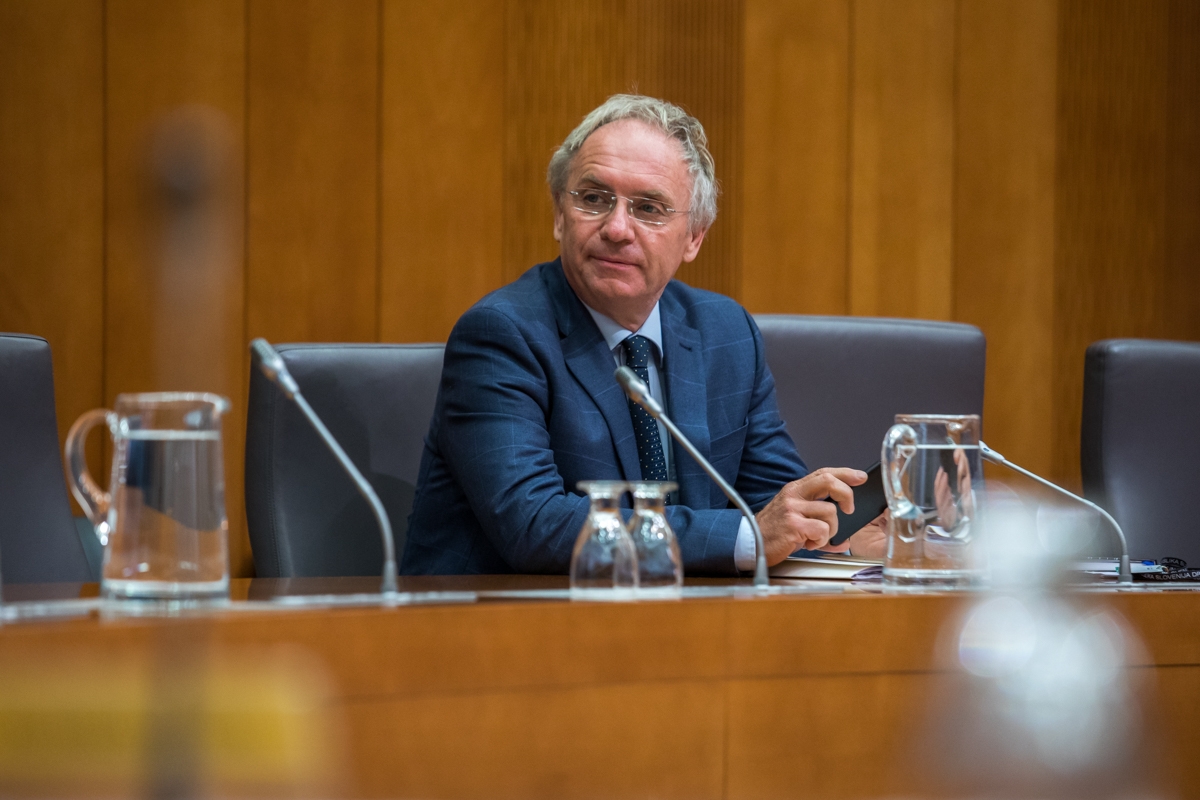 Interior minister candidate Aleš Hojs told the relevant parliamentary committee on Wednesday that effective protection of borders and reduction of administrative burdens on police officers would be his first priority in the emerging government of Janez Janša.

The member of the Democrats (SDS) told the Home Affairs Committee, which confirmed him with a 11:8 vote, that they key task of the Interior Ministry and the police should be to provide security, both personal security and security of the society as a whole.

Hojs pointed to protection of national borders as one of the most important measures. “As a priority, we will secure borders, not because of the migrant wave but because of the coronavirus, which is a serious and persistent threat.”

Despite the number of police officers dropping in recent years, he believes the current numbers sufficed for adequate protection of borders, but added that two conditions must be met – adequate equipment and physical obstacles on the most exposed parts of the border.

“This is a necessary preventive measure, which will by no means prevent the regular flow of goods and people, while discouraging ideas about illegal crossings of the border by whomever and wherever,” Hojs added.

He believes that in order to effectively protect the southern border, the police needs to be given additional powers. This is why he will ask the National Assembly to change two to three laws, including the aliens act and the international protection act.

“Everything changed with the latest decision of the European Court of Human Rights, which clearly said that a country has the possibility to write a law under which, in case of mass transit, when the state has no sufficient staff and other resources, these matters could be implemented collectively.”

Hojs said that is someone came from a safe country and submitted an application for international protection, such an application should be rejected, as there was no reason to submit it in the first place.

He also believes that the defence act should be changed so that the part of the military which already has police powers, for example military police, could help the police control migrations.

Among other measures, Hojs would reduce the administrative burden on the police. He would equip police officers on the ground with tablet computers and do away with the “irrationally excessive protection of personal information” in emergency situations.

Regarding internal organisation, the candidate said it would make sense to re-introduce police stations in localities where the security situation has worsened. “Police officers need to return to where people feel them the most – in the local environment.”

Hojs said he expected major improvements in the prosecution of the gravest criminal offences, as he was critical of the National Bureau of Investigation (NBI). “You cannot say that NBI officers are not doing their job, but the fact is that they are not very efficient.”

He also intends to propose that motorway police is introduced, modelled after Austria, and that all bodies dealing with traffic control merge into one. He intends to examine the penal policy for traffic violations, as he believes fines must be proportional to the offender’s income.

During the debate, Nik Prebil of the Marjan Šarec List (LMŠ) asked about the speculations about para-military groups could join border control. Hojs said he was “categorically opposed” to border patrols carried out by anybody other than the state security authorities.

While labelling Andrej Šiško, the leader of the Štajerska Varda paramilitary, a provoker and a show-off, he said that the concerns expressed by locals over the increasing number of illegal migrants was in a way warranted.

Regarding Croatia, he said he advocated that the country enter the Schengen Area, as this was in Slovenia’s strategic interest. “But I’m afraid that there will no be such entry for a while.”

Maša Kociper of the Alenka Bratušek Party (SAB) was interested whether Hojs, as the director of the company producing the TV channel Nova24TV, is in conflict of interest as the police are reportedly investigating the funding of media close to the SDS.

As for Nova24TV, Hojs said that he had decided four years ago to make a “move towards greater pluralisation of the Slovenian media”, becoming a shareholder of Nova Hiša.

He said he was currently also the director of the production house and would step down from the post if appointed interior minister.

By: P.T., STA Prime Minister Janez Janša thinks a hard lockdown that would involve limiting people's movement to within a certain radius around their home...
Read more
Editors picks

by Sara Rančigaj (Nova24TV) Members of Parliament from SDS, SMC and Nova Slovenija have submitted a request to convene an emergency session to investigate the...
Read more