(EXCLUSIVE) Sandi Čurin, the Man Who Shall Sign the Marrakesh Declaration, Which Signifies High Treason of the Slovenian Nation 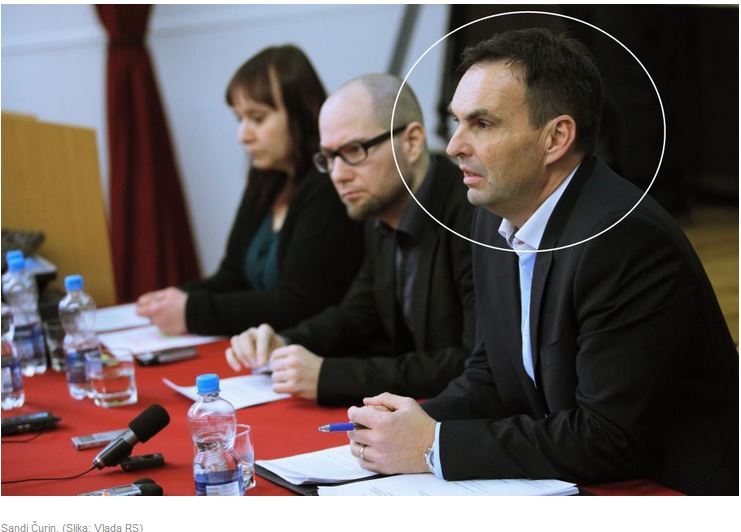 “The Head of the delegation of the Republic of Slovenia at the conference in Marrakesh will be State Secretary at the Ministry of the Interior (MNZ) mag. Sandi Čurin. The latter will confirm the political commitment of Slovenia to the global compact on migration”, wrote the Ministry of Foreign Affairs, in response to Demokracija Magazine’s question.

Sandi Čurin’s signature, the State Secretary at the Ministry of the Interior, will therefore be under the document, which signifies high treason of the Slovenian nation (HERE). Under the declaration, which involves white genocide, the extermination of Europeans on their own continent and therefore the death sentence for the Slovenian nation, will not be a signature of President Borut Pahor, nor of the Prime Minister Marjan Šarec, not even of the Foreign Minister Miro Cerar. It will be signed by the unsuspecting Sandi Čurin. However, it is his decision whether he will sign this high treason or not.

More and more Europeans are opposed to the harmful global compact on migration. Governments of more and more countries are deciding not to accede to the agreement. The Slovene government is not among them, although the vast majority of its citizens do not support the compact. The Slovenian government stubbornly insists on it. However, Prime Minister Marjan Šarec and Foreign Minister Miro Cerar do not intend to participate personally in agreeing to it next week in Marrakesh. State Secretary Sandi Čurin will go to Morocco instead, which was confirmed for Demokracija by the Foreign Ministry:

“The Head of the delegation of the Republic of Slovenia at the conference in Marrakesh will be State Secretary at the Ministry of the Interior mag. Sandi Čurin. The latter will confirm Slovenia’s political commitment to a global compact on migration.”

In obvious contradiction to the government propaganda, which guarantees that this compact is a positive agreement that will have a beneficial impact on society and the world, the Prime Minister and Foreign Minister do not believe in their own propaganda. Instead of proudly preparing their signatures under the compact and assuming responsibility for all its consequences, they will delegate someone else to sign a document that the majority of the public opposes.

By A.S. French Generation Identity has launched a new action against illegal migrations and possible terrorist threats in the Pyrenees Mountains, which borders France and...
Read more
Entertainment

by A.P. The hidden message has gone viral on social media, after some keen-eyed people noticed it hidden in the HTML, just hours after Donald...
Read more
Sport

by A.P. Cristiano Ronaldo is now the highest scorer of all time, say many reports, after the 760th goal of his career, scored in Juventus'...
Read more

By A.S. French Generation Identity has launched a new action against illegal migrations and possible terrorist threats in the Pyrenees Mountains, which borders France and...
Read more
Focus

By: gov.si The press conference on the current COVID-19 situation was attended by Minister of Education, Science and Sport Simona Kustec, Minister of Infrastructure Jernej...
Read more
Focus

By: Matevž Sedej/Časnik Forty-two votes are more than enough for the country to not only stay in place but to even regress, for many years...
Read more
Focus

Prime Minister Janez Janša on Nova24TV: “The opposition is playing a dirty game amid the epidemic, following the formula of: the worse for the...

By: Ivan Šokić/Nova24tv On the show A Conversation with the Prime Minister (Pogovor s predsednikom vlade) on Sunday, the 17th of January 2021 on Nova24TV,...
Read more