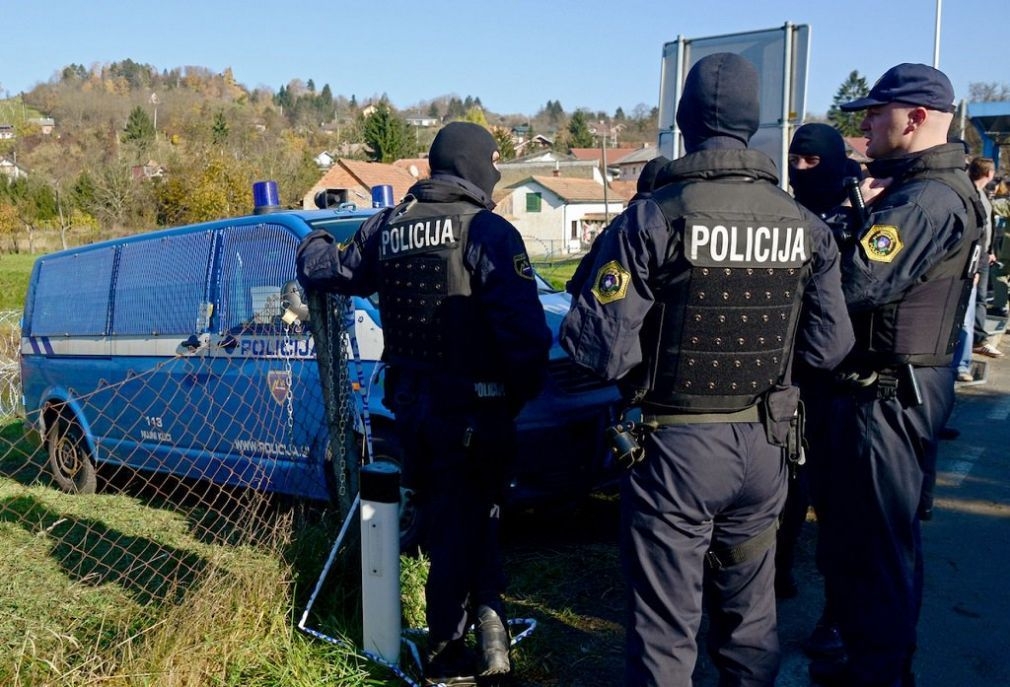 On the morning of 16 November, during border security checks, Brežice police officers stopped a Citroen passenger car in Bukošek. They found a 23-year-old Croatian citizen transporting nine foreigners in his car. The foreigners had previously illegally crossed the state border. The Croatian citizen was arrested and brought before the investigating judge on 17 November. The judge ordered his detention. The foreigners, eight of them claim to be Iranian citizens and one Turkish citizen, were handed over to the Croatian security authorities.

In the Bojanci area, police officers arrested seven foreigners who were crossing the state border illegally. A Norwegian citizen was traced and arrested as well, for trying to transport foreigners with a passenger car to the interior of the country. The Norwegian was arrested and will be subject to criminal charges for the criminal offense of prohibited border or territory crossing. Two Syrian nationals requested international protection during the police proceedings and were taken to the asylum home. The other foreigners, three of whom claim to be citizens of Iraq and two who claim to be Algerian and Iranian respectively, were handed over to the Croatian security authorities.

By: J.S.,STA As the main ceremony marking the 30th anniversary of Slovenia's independence and the start of Slovenia's EU presidency is held on Friday, President...
Read more
Slovenia

By: P.T.,STA A short ceremony was held in Brussels to mark the 30th anniversary of Slovenia's independence. Among the attendees were MEPs from Slovenia and...
Read more

Illegal migrations in the area of the Koper Police Department

By: C.R. In the last 24 hours, police officers in the area of the Koper Police Department dealt with two persons who illegally crossed the...
Read more
Migration

Public security in Italy deteriorates further due to illegal migrants

By: V4 Agency A man from Ghana boasting an extensive criminal record threatened passers-by with a knife at Rome's Termini Station, and a thirty-year-old Iraqi...
Read more
Migration

By: C.R. Last weekend, in the area of the Koper Police Department, police officers dealt with forty-six people who illegally crossed the state border between...
Read more
Migration

By: C.R. While performing the tasks of protecting the state border in the area of Ljubljana between June 18th, 2021, from 6 am and June...
Read more